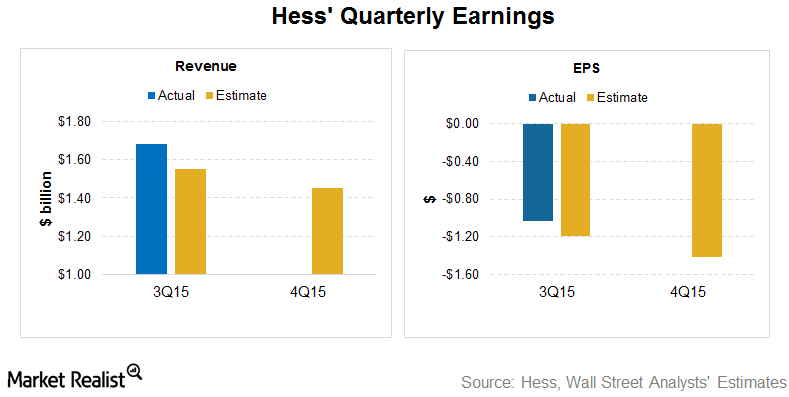 Why were Hess’s revenue and EPS estimates lowered?

The fourth quarter was particularly bad for upstream oil companies given the sub-$40 oil prices. As a result, Hess’s stock rapidly started falling in 4Q15. Lower prices would mean lower price realizations for HES, and that could certainly hurt its revenues and earnings, and also explains the lower 4Q15 estimates.

If combined, these companies make up ~5% of the Vanguard Energy ETF (VDE).