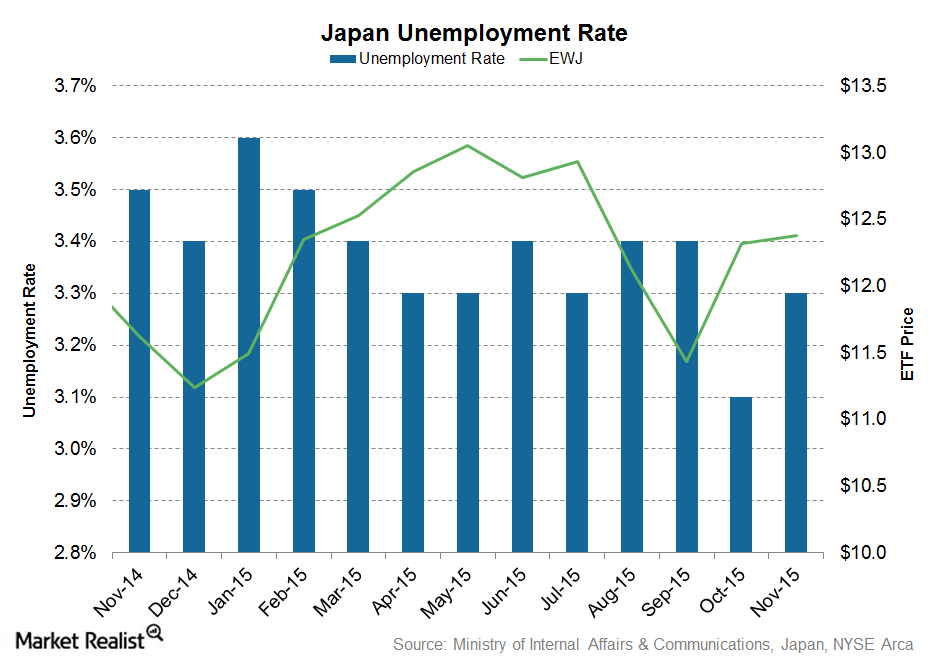 Number of employed persons stood at 63.8 million in November

The labor force was virtually unchanged at 65.9 million, and the population aged 15 and over was also almost flat at 110.8 million in November.

Although new orders and production levels have increased, unemployment has risen in Japan. This indicates that manufacturers are cautious about employment. Rather than employing full-time workers, they sought to hire part-time employees or add overtime to existing employees.

While manufacturing is improving, economic sentiment is weak. To boost business confidence, the Bank of Japan kept its pledge to increase the monetary base at an annual pace of about 80 trillion yen, according to minutes from its December 2015 meeting. This may boost manufacturing confidence.

We’ll see how Japan’s housing sector is shaping up in the next part of this series.