Synopsys and its peers 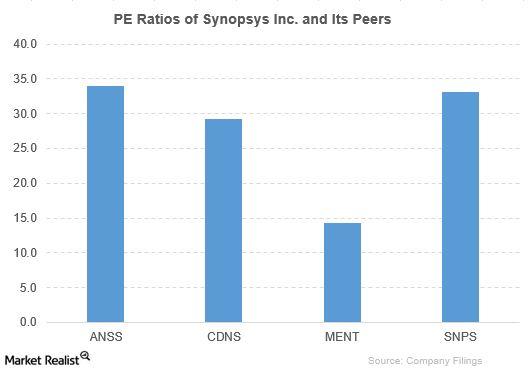 According to these findings, the peers of Synopsys are ahead of it based on PBV. However, Synopsys has outperformed most of its peers based on PE.

ETFs that invest in Synopsys

The PowerShares Dynamic Software Portfolio ETF (PSJ) invests 2.8% of its holdings in Synopsys.

Next, the iShares S&P North American Technology-Software ETF (IGV) invests 1.7% of its holdings in Synopsys. The ETF tracks a market-cap-weighted index of US and Canadian software companies.

Comparing Synopsys and its ETFs

Here, let’s compare Synopsys with the ETFs that invest in it: