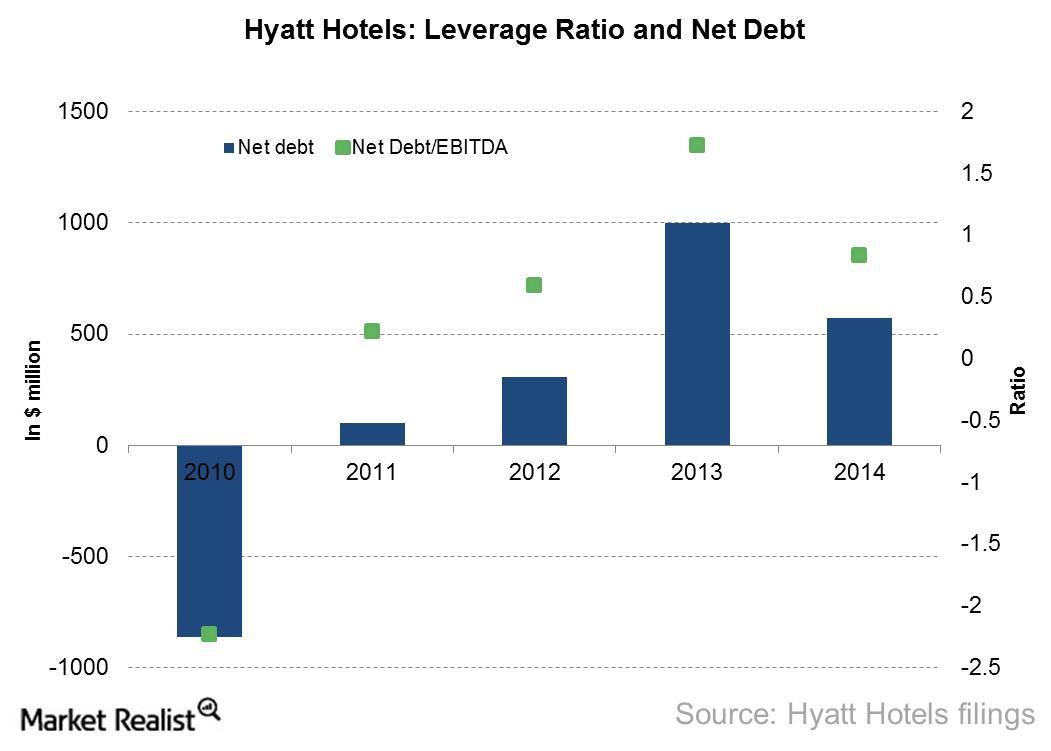 This is calculated by dividing a company’s earnings before interest and taxes, or EBITDA, recorded during a period by the interest expenses in that period. EBITDA is used instead of net income to check a company’s interest coverage to avoid deducting interest expense twice, as well as tax expense changes depending on the interest paid during the period. Using EBITDA serves both purposes.

Hyatt’s credit rating versus its peers

Hyatt has increased its leverage since 2010. The company is changing its capital financing by increasing its reliance on debt and is also returning capital to its shareholders. The company has an investment-grade rating from major credit rating agencies Standard and Poor’s, Moody’s, and Fitch. Marriott also has an investment-grade rating. Hilton, Starwood, and Wyndham have stable outlook ratings.

Investors can gain exposure to the lodging sector by investing in the First Trust Consumer Discretionary AlphaDEX ETF (FXD), which invests 9.3% in the sector.