As of December 21, 2015, Chipotle Mexican Grill (CMG) was trading at around $497 per share. The downward revision of the same-store sales growth we saw earlier have been baked into the company’s share price. But before getting ahead of ourselves, let’s look at some Wall Street analyst recommendations and target prices for the company’s share price over the next year. 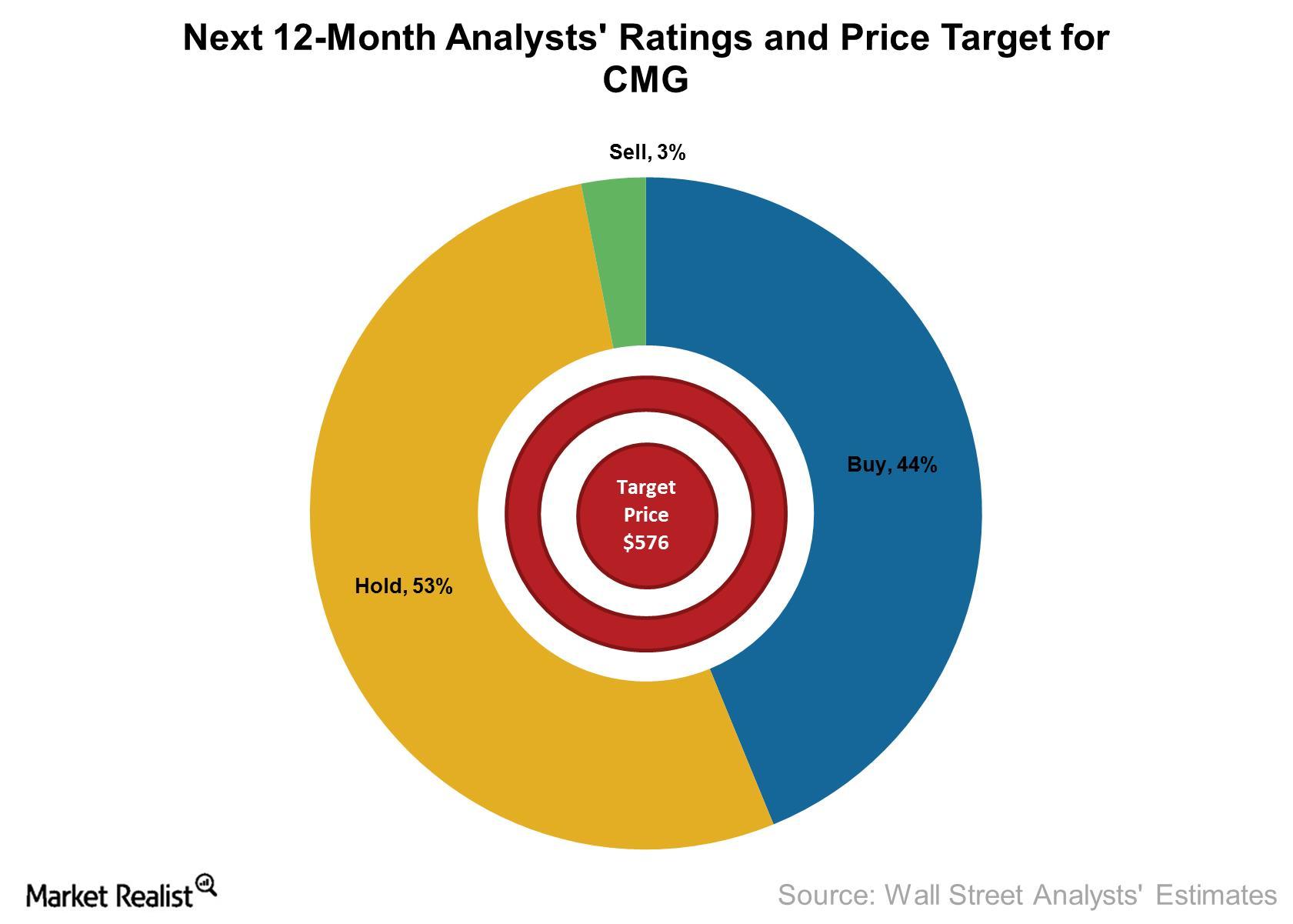 On December 22, six analysts revisited their ratings and recommendation for Chipotle Mexican Grill. JP Morgan’s John Ivankoe downgraded the stock from “overweight” to “neutral,” with a price target of $555, down from $630. He pointed out that “at this point, even rational and informed consumers could potentially be given reason to pause when choosing Chipotle over the plethora of fast-casual competition in the marketplace.”

You can gain exposure to Chipotle without investing directly in the company’s stock by investing in the Consumer Discretionary Select Sector SPDR ETF (XLY). XLY has approximately 1% of its total holdings in Chipotle Mexican Grill (CMG). The ETF has approximately 4% in McDonald’s Corporation (MCD), about 3% in Starbucks Corporation (SBUX), and about 1.5% in Yum! Brands (YUM).

To read a detailed analysis of the impact of the food safety issue on Chipotle, you might check out “How Deep Is E. Coli’s Impact on Chipotle’s Stock?“