So far in this series, we have seen that Microchip Technology (MCHP) posted growth in revenue driven by the acquisition of Micrel. Let’s look at another acquisition case and how it has fared in the recent quarter. Qorvo (QRVO), a company formed by the combination of RF Micro Devices and TriQuint Semiconductor in September 2014, reported fiscal 2Q16 results that beat analysts’ estimates. 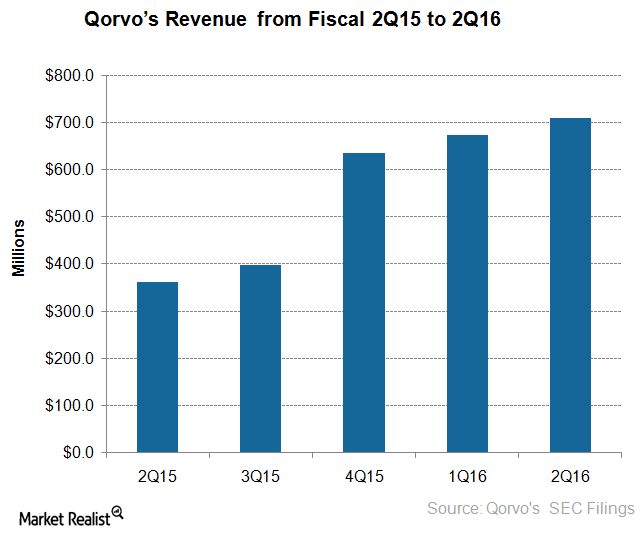 Rival NXP Semiconductors (NXPI) posted flat revenues in fiscal 3Q15. However, the company has yet to realize the synergies from its integration with Freescale (FSL).

After factoring in the effects of share-based compensation, restructuring, acquisition, amortization, and related costs, the company’s GAAP operating income was $18 million. Its net income was $4.45 million in fiscal 2Q16. Qorvo has been working aggressively on new technology, which we will discuss in the next part of this series.

Investors can get diversified exposure to Qorvo through the SPDR S&P 500 ETF (SPY). SPY has 0.04% exposure in the company’s stock.