The prices of precious metals like platinum and palladium have been falling along with those of gold and silver. However, all precious metals saw a rise on Thursday, November 19, after plunging to lower levels on Wednesday. Platinum rose 1.2% and closed at $858.1 an ounce on Thursday, recovering from Wednesday’s seven-year low. Platinum is expected to have a deficit in the current year, but its plunging prices don’t show much sign of deficit. Platinum demand will probably beat supply for a fifth year in 2016 on more industrial usage, even as recycling rebounds. 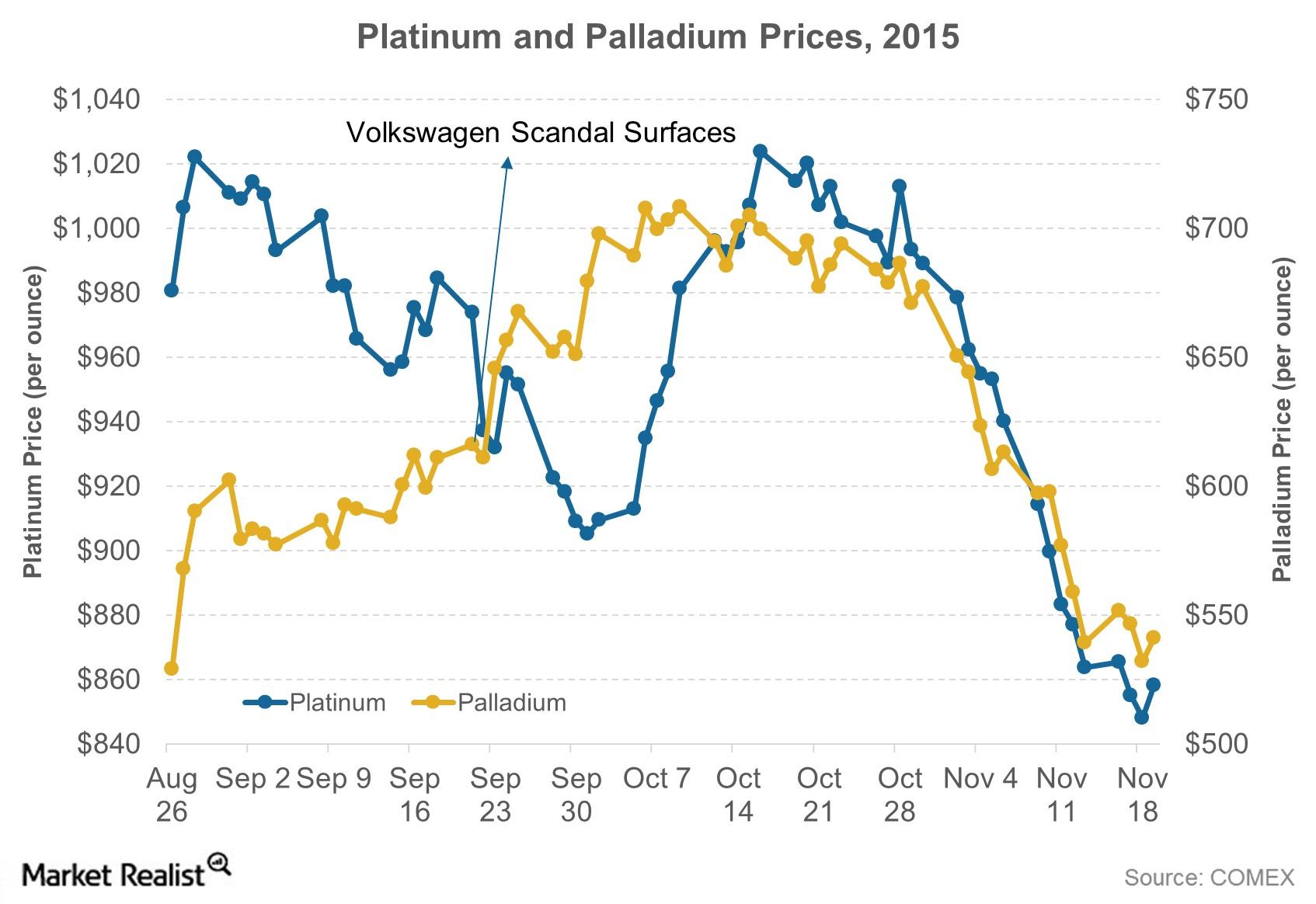 Palladium was up 1.7% at $541 an ounce after falling to its lowest level since late August at $523.4. Palladium’s deficit is expected to narrow.

The rise in these cross-commodity rates states that gold is getting stronger compared to these precious metals. Though gold is falling overall, platinum and palladium have been falling at a higher rate. The ETFs that have followed the routing prices include the SPDR S&P Metals and Mining ETF (XME) and the VanEck Vectors Gold Miners ETF (GDX). Mining equities like Agnico Eagle Mines (AEM), Kinross Gold (KGC), and Eldorado Gold (EGO) have substantially fallen due to the fall in precious metals, as well as other company-related factors. These three stocks make up 12.1% of the GDX ETF.