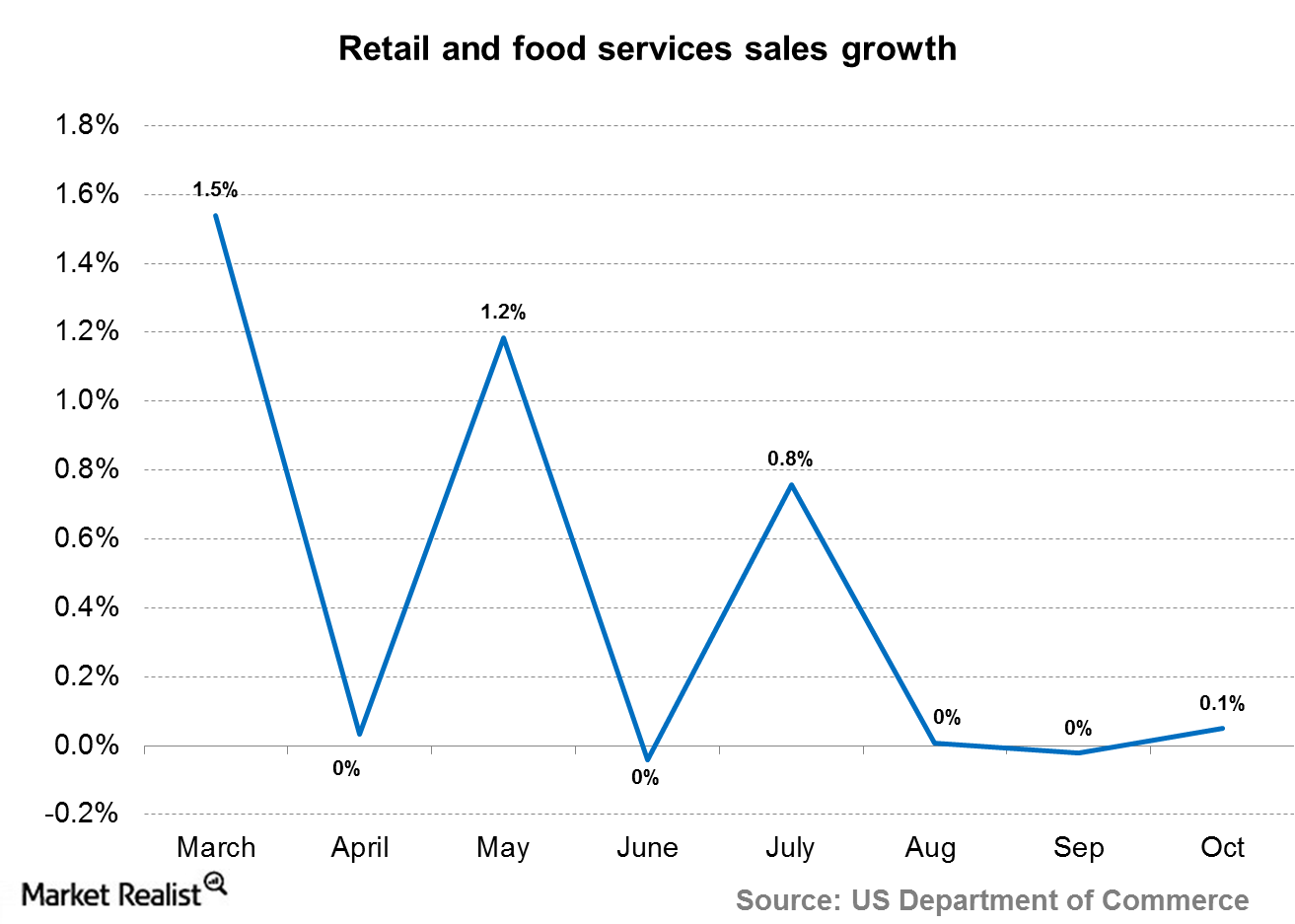 In October, building material and garden equipment sales increased by 0.9% while health and personal care store sales increased by 0.7%, according to the US Department of Commerce. Meanwhile, gasoline station sales fell by 0.9% on a month-over-month basis and 20.1% year-over-year. Retail sales for general merchandise stores fell 0.4% in October while sales for sporting goods, hobby, book and music stores rose by 0.4 in October, according to the report.

Top retail companies and their performance