The EIA (US Energy Information Administration) estimates that the Haynesville Shale produced 6.3 Bcf (billion cubic feet) per day of natural gas in October 2015. This is according to its Drilling Productivity Report released on November 9, 2015.

The Haynesville Shale is located in Louisiana, southwestern Arkansas, and eastern Texas. 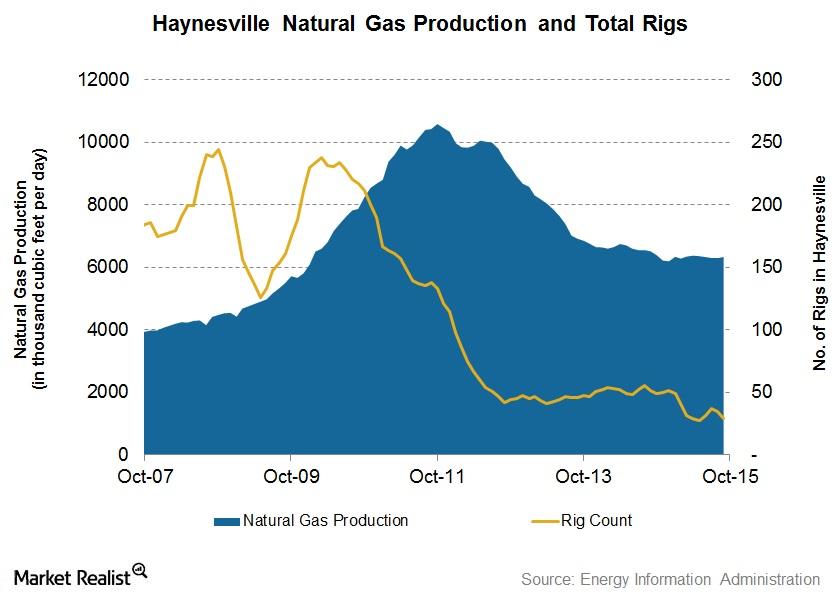 What this means for Haynesville producers

There were 29 active rigs at the Haynesville Shale in October, down from 35 in September 2015. One year previously, there were 52 drilling rigs in the region. But it’s important to note that most of the Haynesville rigs are horizontal in trajectory.

Have production adjustments begun&#xA0;in US shales?

In the next two parts of this series, we’ll review the EIA’s crude oil and natural gas production forecasts for the major US shales.