Gold futures for the most active December delivery contract marginally gained 0.25% on Monday, November 16, 2015, due to rising geopolitical tensions after the terrorist attacks in Paris on November 13. 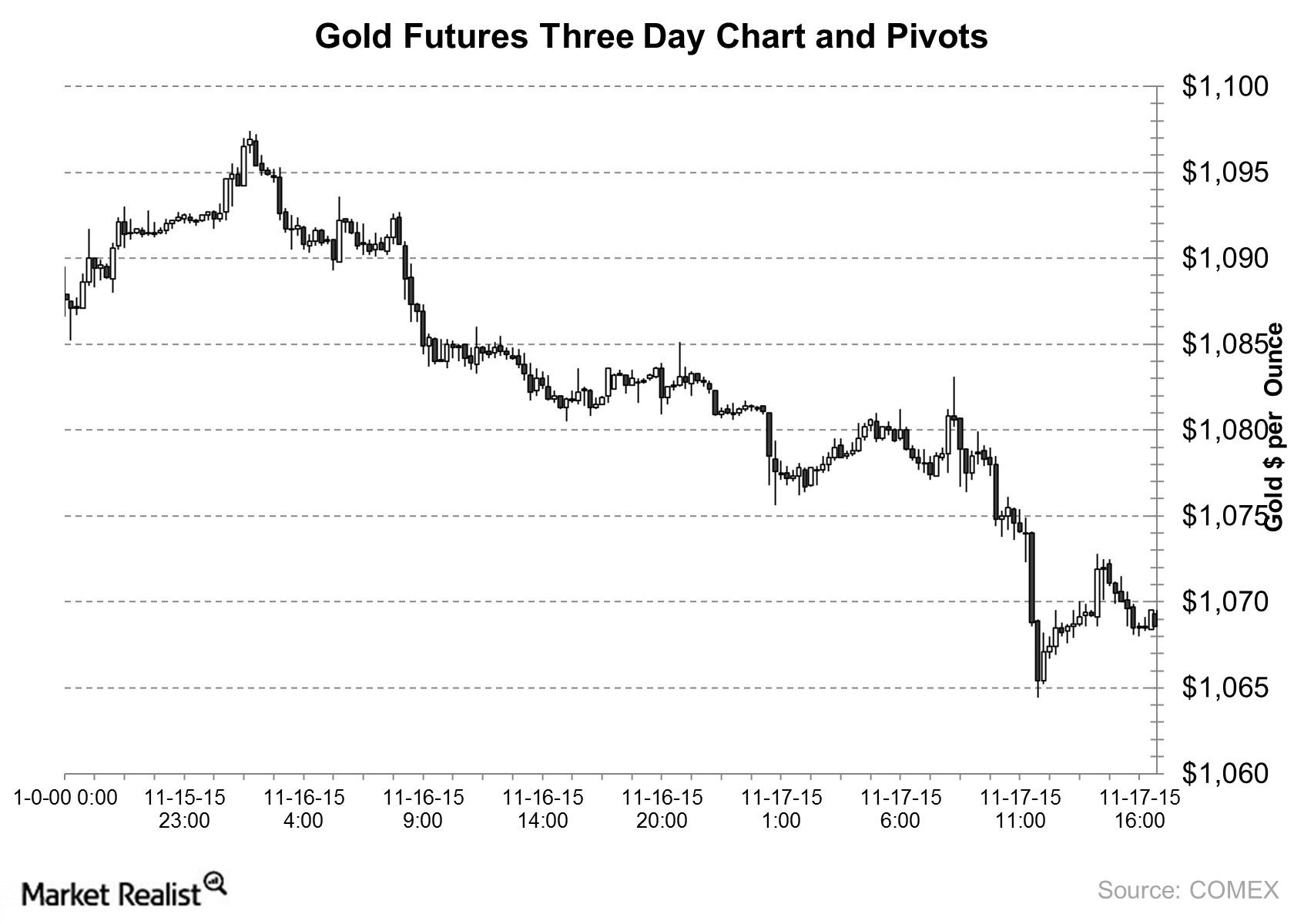 Gold has broken the key support level that it found around $1,080 per ounce. It has also broken its July low of $1,073 and has further retreated, touching its lowest mark in six years. Gold futures reached a low of $1,064.40 per ounce on Tuesday. It seems likely that the commodity has lost its safe-haven appeal.

The S&P GSCI (Goldman Sachs Commodity Index), which includes almost 24 commodities such as gold, silver, wheat, cotton, and copper, shows a fallen ranking for gold, which is currently ranked sixth among the 24 commodities. Almost a month earlier, it held the third position.

ETFs such as the iShares Gold Trust (IAU) and the SPDR S&P Metals and Mining ETF (XME) also retreated 1.2% and 3.3%, respectively, on November 17.