Launched in April 1984, the American Funds EuroPacific Growth Fund – Class A (AEPGX) invests in companies of all sizes, located primarily in the Pacific Basin and Europe. According to the fund, AEPGX provides exposure to companies that are located outside the US, “except a nominal portion that may be held in U.S. dollars.” 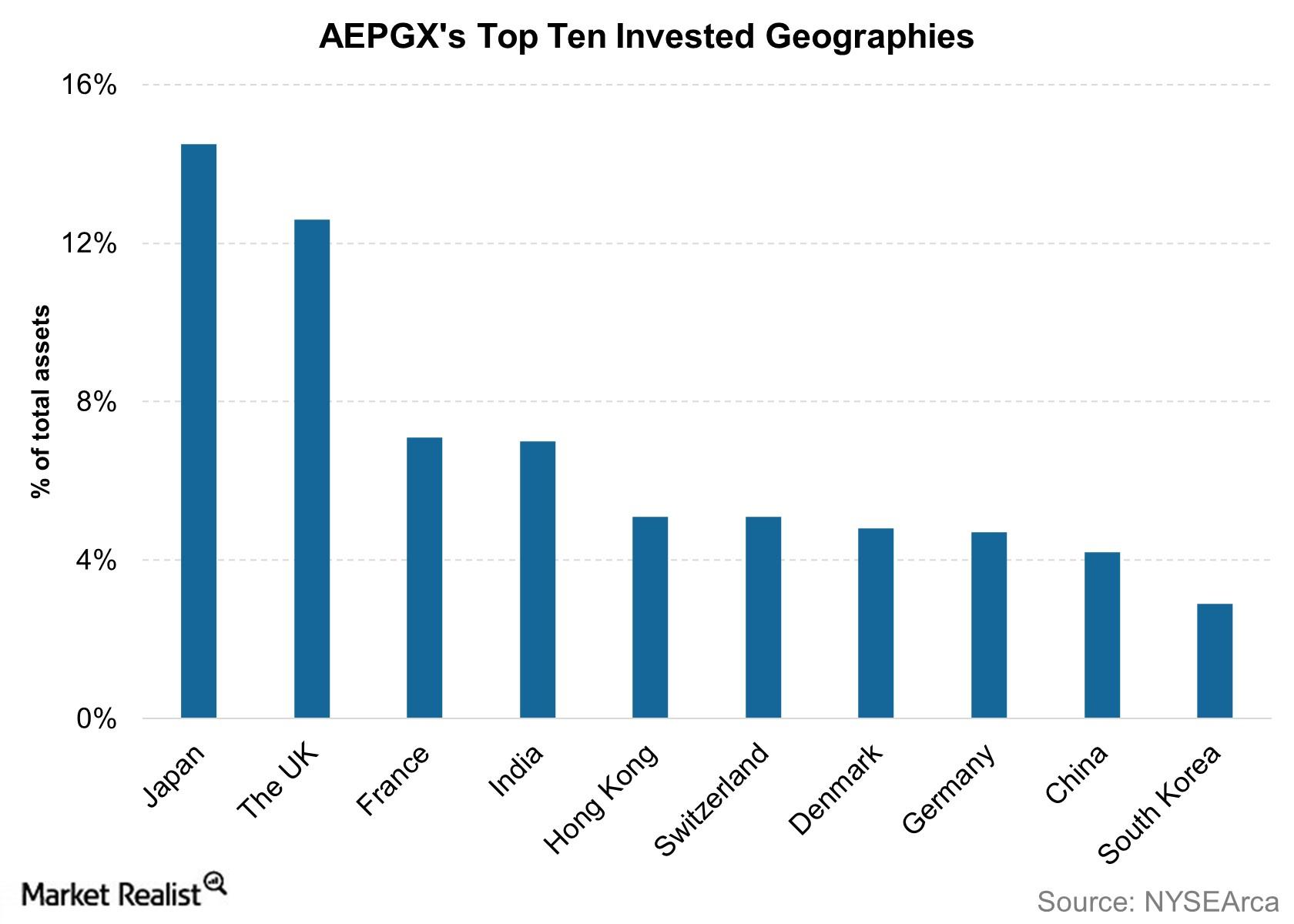 If you’re invested in AEPGX, 20.3% of your money is invested in financials, according to the latest available sectoral breakdown as of September 2015. Stocks from the consumer discretionary sector form 13.2% of the fund’s assets, followed by the information technology sector, which forms 13.1% of the portfolio. Healthcare and industrials, in that order, round off the top five sectors invested in by the fund. On the other hand, energy and utilities are the smallest holdings.

The geographic exposure, which is updated quarterly, shows that 14.5% of this fund’s money is invested in stocks from Japan. Stocks of companies from the United Kingdom form 12.6% of the fund’s net assets. France and India follow, making up ~7% each.

Investors in the American Funds EuroPacific Growth Fund (AEPGX) must have a minimum initial investment of $250. Investors can add to the fund in multiples of $50. For Class A shares, the fund house can levy a maximum sales charge of 5.75% as a percentage of the offered price. The expense ratio of the fund is 0.83%.

Let’s look at the Invesco International Growth Fund (AIIEX) in the next article.