Enbridge Energy Partners’ (EEP) revenues of $1.3 billion in 3Q15 were 0.9% lower than analysts’ consensus estimates. The company has missed consensus revenue estimates in four out of the last ten quarters.

Enbridge Energy Partners’ 3Q15 revenues are 3.5% lower than its 2Q15 revenues and 35% lower compared to its 3Q14 revenues. Low energy commodity prices that have persisted since mid-2014 have negatively impacted the revenues of most MLPs. 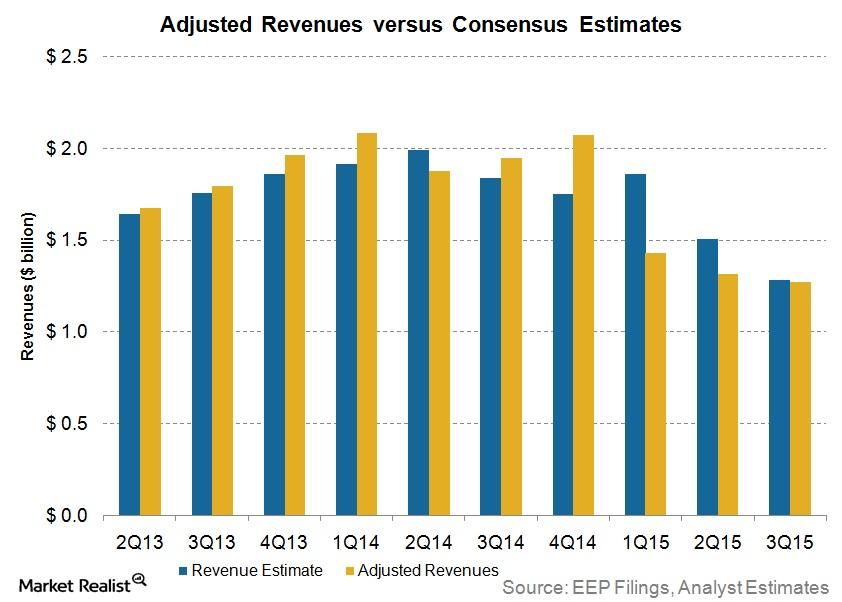 Next, we’ll analyze Enbridge Energy Partners’ 3Q15 EBITDA (earnings before interest, tax, depreciation, and amortization) and compare it with the estimates.