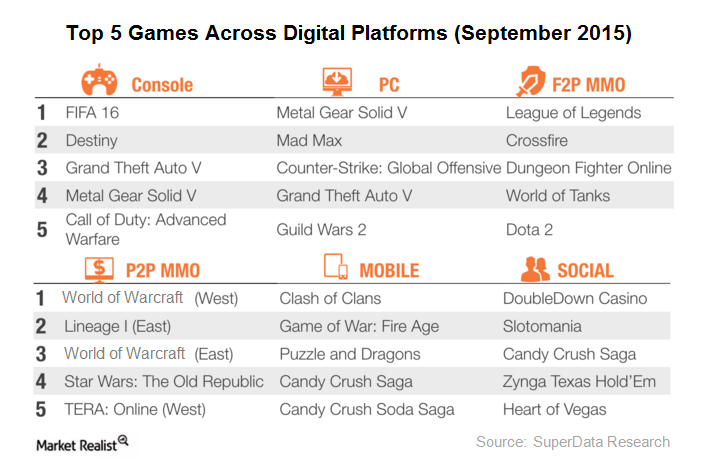 In the console space, Electronic Arts’ (EA) FIFA 16 was the number one game. The above chart shows that Activision Blizzard’s Destiny and Call of Duty were among the top five games in the console space. Destiny is the most watched console game on Twitch.

Twitch is a popular website for video game enthusiasts who want to broadcast their video games to other people or watch other people play video games in real time. The company was acquired by Amazon in August 2014 for $970 million. At the time of its acquisition, it was the fifth-largest video-streaming website in the United States. Through this acquisition, Amazon (AMZN) intended to surpass NetFlix (NFLX) and Google (GOOG) (GOOGL), who dominate US Internet traffic.