After a disappointing last week, all major base metals mining companies recovered on November 16, 2015, and started the week on a positive note. 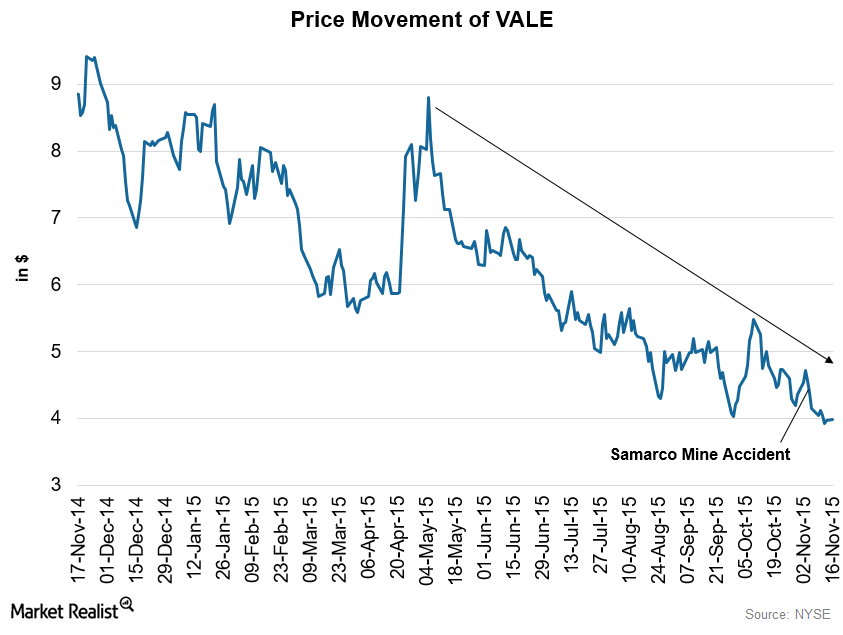 Vale (VALE), a multinational metals and mining company, remained almost unchanged, rising by 0.25% on Monday and ending the day at $3.98. Since May, Vale has been in a complete downtrend, and last week it fell more than 4%.

BHP Billiton (BHP) rose by 0.87% and ended the day at $28.66 on November 16. Last week, BHP Billiton fell by 7.6%, creating a seven-year low. Last week’s downfalls of Vale and BHP were due to the negative sentiments surrounding them after a mining accident.

BHP Billiton and Vale jointly own the Samarco mine in Brazil. On November 5, 2015, an accident took place in the Samarco mine, resulting in the burst of an iron ore dam. This resulted in a flood of mud, which destroyed a local village. Samarco decided to pay $366 million for repairs and compensation for damages caused by the dam burst.

Freeport-McMoRan and Alcoa started the week on a positive note

After falling by 20% last week, Freeport-McMoRan (FCX) started the week in the positive on November 16, 2015. Freeport, one of the top producers of copper, rose by 2% on November 16 and ended the day at $8.86. Since the beginning of November, Freeport has been in a downtrend and has lost 25%.

Alcoa (AA), the third-largest producer of aluminum, also started this week on a positive note after falling by more than 12% last week. On November 16, Alcoa rose by 3.8% and ended the day at $8.29.