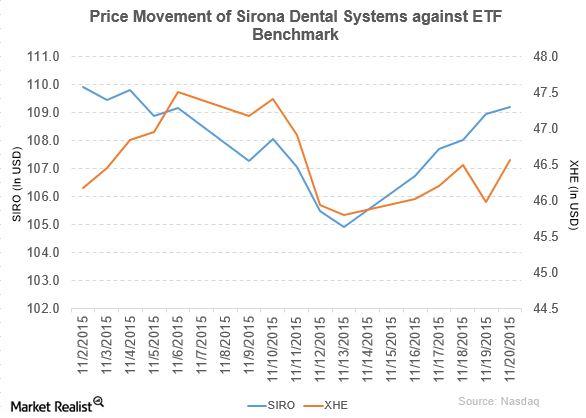 Sirona Dental Systems’ competitors (SIRO) and their market caps are listed below:

Sirona Dental Systems (SIRO) and DENTSPLY International (XRAY) have approved a definitive merger agreement under which the companies will combine in an all-stock merger of equals. This transaction will result in the largest manufacturer of professional dental products and technologies with an implied pro forma equity value of ~$13.3 billion, based on closing prices of SIRO and XRAY on September 14, 2015. According to the merger announcement on September 15, 2015, the new company will have a net revenue of ~$3.8 billion and an adjusted EBITDA (earnings before interest, tax, depreciation, and amortization) of more than $900 million on a pro forma basis. This transaction will be completed in the first quarter of calendar year 2016.