The Thompson Reuters report on the silver market in 2015 had a few crucial figures that could significantly impact traders’ investments in silver. According to the interim silver market review, the total supply of silver is forecast to fall to 1,044.4 million ounces in 2015. The figures are down by almost 3% from the previous year.

Sales of silver coins, however, reached a fresh high of nearly 33 million ounces in the third quarter of 2015. Silver coin demand is forecast to increase 21% in 2015 to a record high of 129.9 Moz. Silver futures traded on COMEX have gone through a price carnage in 2015. Silver has a loss of 10.5% on a 30-day trailing basis. 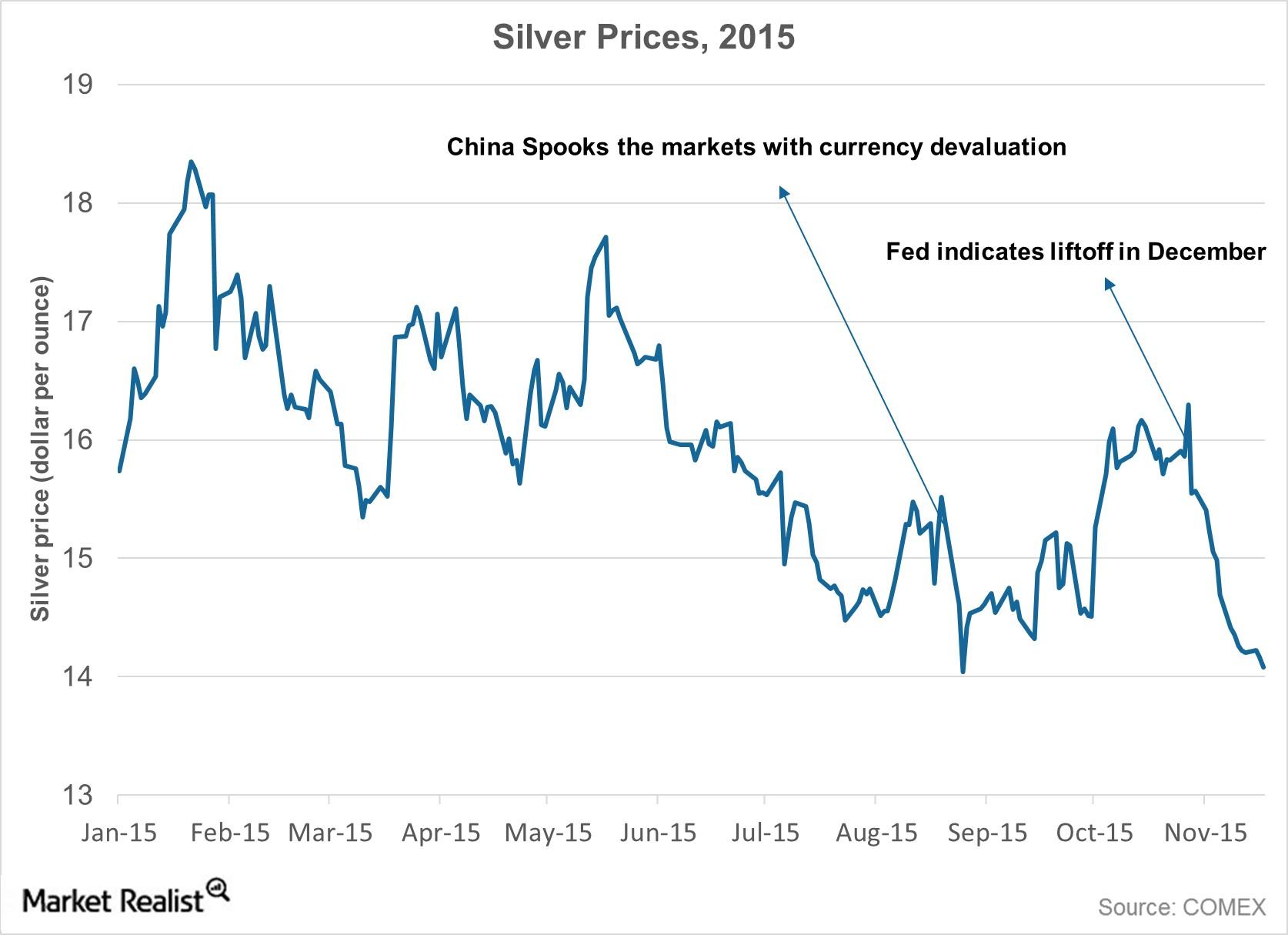 The demand from the photovoltaics industry is forecast to increase by 17%. Similarly, the solar industry will make up 13% of the total industrial demand, up from 11% in 2014 and just 1% of the total demand about a decade ago.

The electronics demand is set for a decline in the current year as the Chinese economy is posting weaker growth numbers. A sharp decline is largely in jewelry demand attributed to offshoring of jewelry manufacturing to Southeast Asian countries and weaker domestic silver jewelry consumption.

The silver market is expected to be in an annual physical deficit of 42.7 Moz in 2015, marking the third consecutive year the market has realized an annual physical shortfall. While such deficits don’t necessarily influence prices in the short run, multiple years of annual deficits can begin to apply upward pressure to prices over a little longer run.

The downfall in the price of silver is replicated by silver-based ETFs such as the Global X Silver Miners ETF (SIL) and the iShares Silver Trust (SLV). Silver mining companies follow the returns in silver to a certain extent. Companies such as Hecla Mining (HL), Pan American Silver (PAAS), and Coeur Mining (CDE) have seen their share prices fall in 2015. These three companies contribute 3.5% to the price changes in the VanEck Vectors Gold Miners ETF (GDX).