On November 17, 2015, the API (American Petroleum Institute) will release its weekly crude oil, gasoline, and distillates stocks report. It reported that crude oil stocks rose by 6.3 MMbbls (million barrels) for the week ending November 6, 2015. Likewise, the crude oil inventory rose by 2.8 MMbbls for the week ending October 30, 2015. Crude oil stocks might have increased due to rising imports and rising US production. 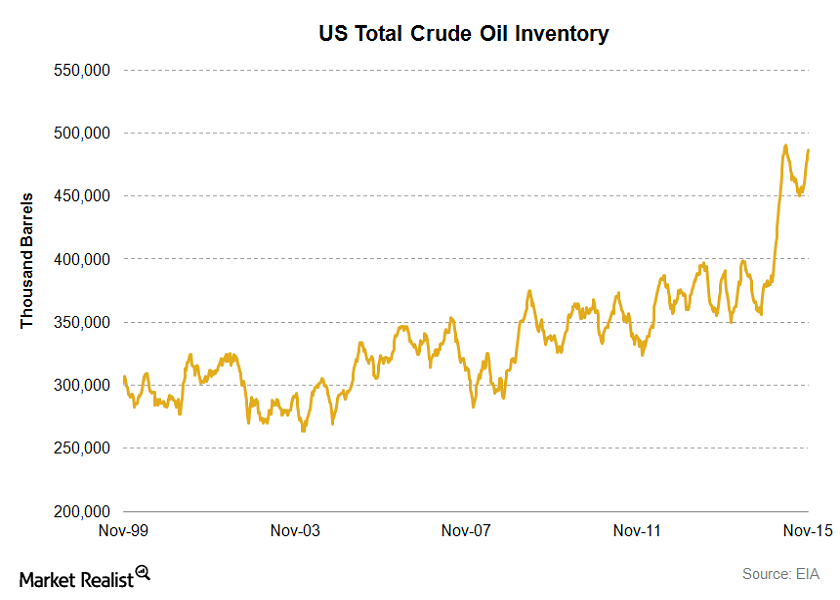 On the other hand, gasoline stocks fell by 2.2 MMbbls for the week ending November 6, 2015. US distillates inventories rose by 0.4 MMbbls compared to the expected fall by 0.91 MMbbls for the same period.

Meanwhile, US crude oil prices lost more than 60% in since June 2014. The catastrophic fall in the prices impacts super majors’ earnings like Shell (RDS.A), BP (BP), ExxonMobil (XOM), and Chevron (CVX). These companies’ cumulative earnings in the first nine months of 2015 fell almost 70% compared to 2014. However, these companies paid dividends of more than 10%, or $28 billion, to shareholders in the depressed energy market compared to 2014. These companies could pay dividends until 2017 to lure investors.