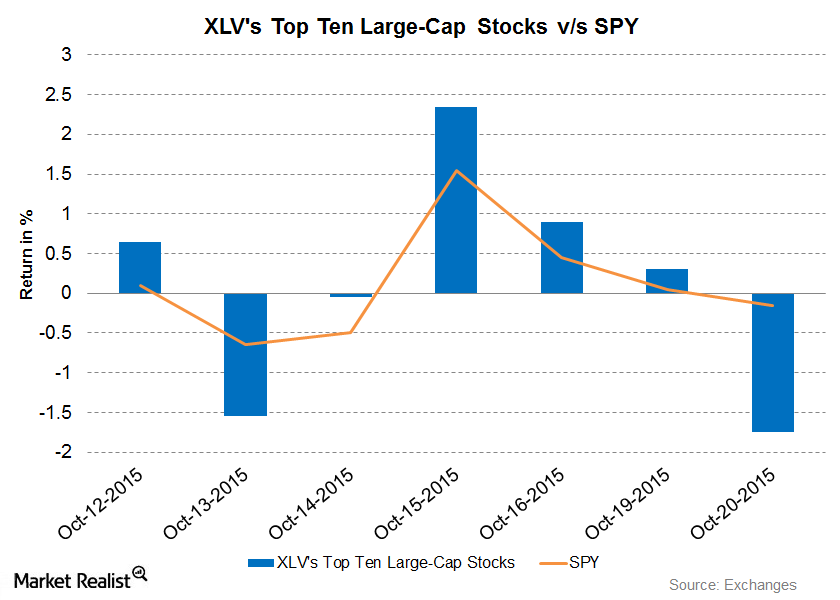 The global pharmaceutical company Allergan (AGN) saw a fall of 3.6% on profit booking on October 20. But the company witnessed high trading volumes of ~4.7 million shares compared to the five-day average trading volume of ~3.42 million shares per day. Its stock closed at $263.42 on October 20 and was trading below 20-day, 50-day, and 100-day moving averages. Its 14-day RSI (Relative Strength Index) was at 46, which indicates that its stock is neither overbought nor oversold. At its current price, Allergan is trading at PB (price-to-book) value of 1.74x.

On October 19, Allergan announced that it “has successfully completed the acquisition of AqueSys, Inc. a clinical-stage medical device company focused on developing ocular implants that reduce intraocular pressure (IOP) associated with glaucoma.”

Allergan has a weight of 4.65% in the Health Care Select Sector SPDR ETF (XLV).

Continue to the next part of this series for a closer analysis of XLV’s bottom ten stocks as of October 20, 2015.