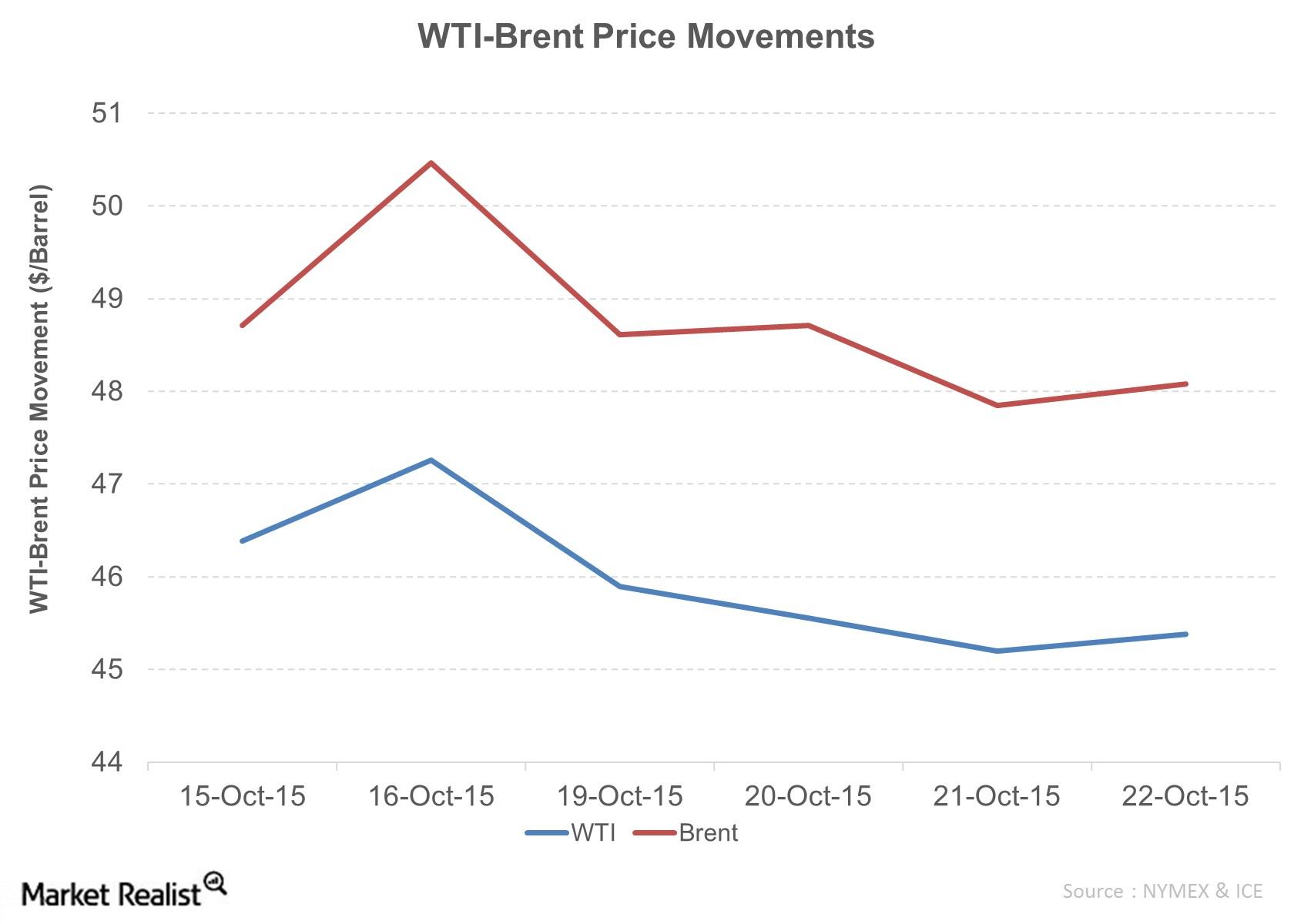 The main reasons for the plunge in crude oil prices are crude inventory builds decreasing crude oil consumption in China, OPEC’s (Organization of the Petroleum Exporting Countries) decision not to cut production levels, and concerns about future energy demand.

The key factor influencing the fall in crude prices is massive stockpiles. However, positive economic data from China, Japan, and the United States could boost crude oil prices.

The fall in oil prices is negative for oil producers such as Hess Corporation (HES), Apache (APA), Diamondback Energy (FANG), Murphy Oil (MUR), Cimarex Energy (XEC), ConocoPhillips (COP), and Occidental Petroleum (OXY). These companies will have to to sell their products at lower prices.

On the other side, it is beneficial for the refiners due to decreased operational costs via access of inputs at the lower price. Refiners such as Marathon Petroleum (MPC), Tesoro (TSO), and Phillips 66 (PSX), will benefit from lower crude oil prices.