Based on data from Bentek Energy, an energy market analytics company, the EIA (U.S. Energy Information Administration) reported that total US natural gas production fell ~0.2% in the seven days leading up to October 14, 2015, compared to the seven days that ended on October 7. Supply levels remained ~2.3% greater than they were in the corresponding week last year. 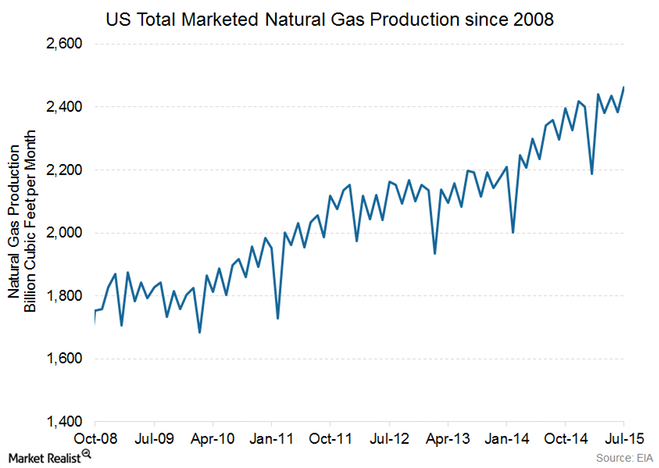 Marketed natural gas is the gas produced before associated liquids like propane and butane are extracted. The removal of these liquids leaves dry natural gas.

Higher production, however, could benefit MLPs such as MarkWest Energy Partners (MWE), because it means more volume to transport. Having said that, if prices continue to fall, producers may respond by cutting production in the longer term. This could be negative for some MLPs.