For all periods under review, except for the six-month period that ended on September 30, 2015, the fund’s performance puts it in the bottom half of the ten funds we’re analyzing in this review. In the YTD period, PRESX emerged as the third-worst performer among the funds in this review.

Let’s look at what has contributed to this below average performance. 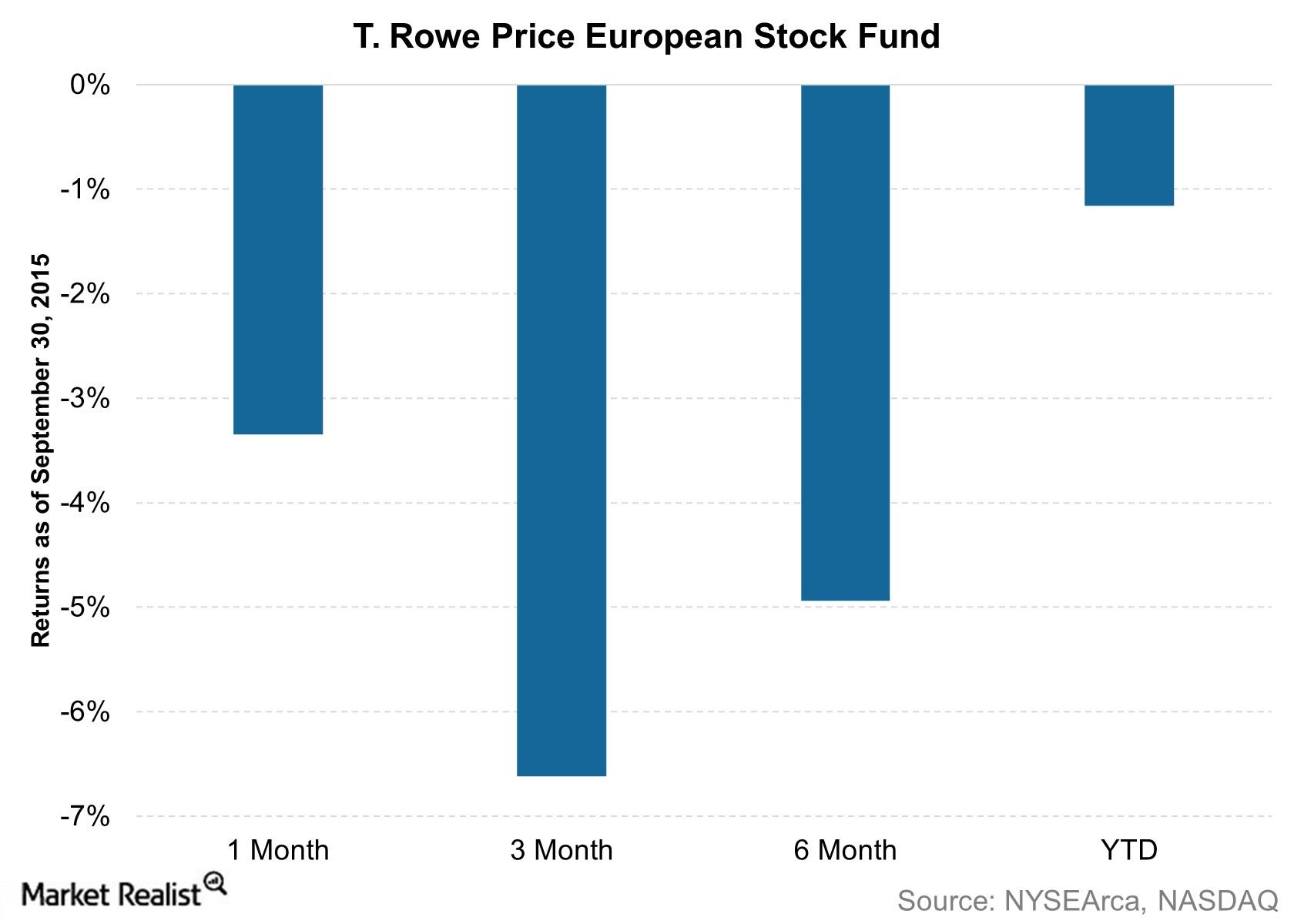 Portfolio composition and contributions to returns

PRESX has the second-longest track record among the ten funds in this review, having been created in February 1990. According to its latest geographical disclosure, companies from the United Kingdom, Switzerland, and France are the top three invested geographies, in that order.

The latest complete portfolio available for the fund is as of June 2015. So for our analysis, we’ll take that portfolio as our base and consider valuation changes as they stood at the end of September 2015. All portfolio percentages mentioned from here on refer to their weights according to changes in valuation from June to September.

Now let’s look at how these sectors contributed to returns:

In the next part of this series, we’ll move to the next example in our analysis of ten Europe-focused funds, the Europe 30 ProFund Investor Class (UEPIX).