Aside from the North America Beverages segment, PepsiCo’s (PEP) Frito-Lay North America division was the only other segment that generated revenue growth in 3Q15 as well as in the first nine months of fiscal 2015. Its segment revenue grew by 0.8% to $3.6 billion in 3Q15 ended September 5, 2015. 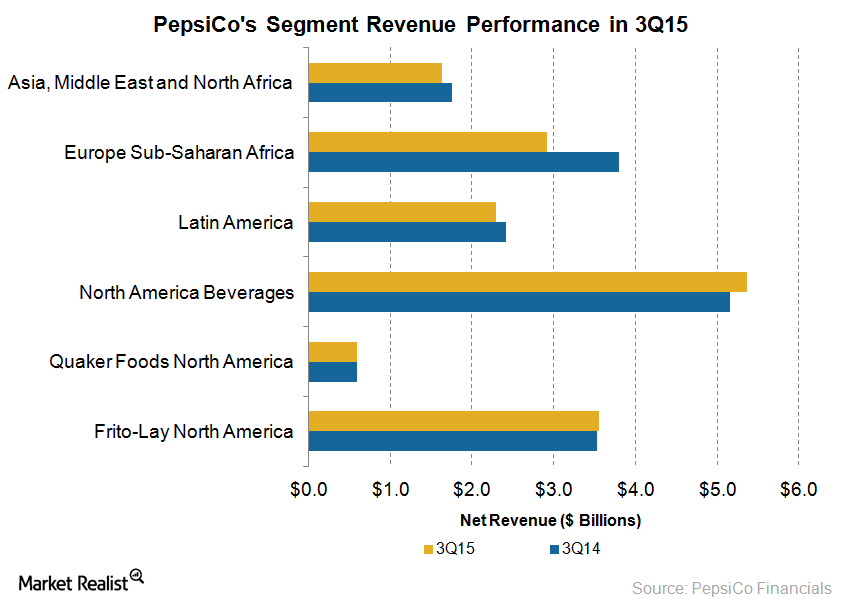 However, the volumes of Lay’s brand fell by a low-single-digit rate in 3Q15. The segment’s net revenue was also favorably impacted by two percentage points of effective net pricing.

Performance of other segments

The Asia, Middle East and North Africa (or AMENA) segment’s organic revenue grew 2.5%, and volume was up 2%. Currency headwinds had 38, 25, and six percentage point negative impacts on the reported revenues of the Latin America, ESSA, and AMENA segments, respectively, in 3Q15.

The Frito-Lay North America division is PepsiCo’s second-largest segment in terms of revenue but the largest in terms of operating profit contribution.

Frito-Lay North America division’s Tostitos Organic Scoops, which are oven baked, are an example of one such innovation. The division is also working on various packaging options to drive higher margins.

We’ll discuss PepsiCo’s overall margins in the next part of this series.