Peabody Energy (BTU) reported debt of $6.3 billion as of December 31, 2014, which is similar to its debt level in 2013. Much of this debt was added in 2011 to fund acquisitions made when coal prices were high. While debt has remained steady, the leverage, as measured by debt to EBITDA (or earnings before interest, taxes, depreciation, and amortization) has deteriorated to 12.2x for 3Q15 from 7.0x for 2Q15 on account of lower EBITDA.

Companies such as Cloud Peak Energy (CLD) and Westmoreland Coal (WLB), which remained prudent during the boom, have better balance sheets. Peabody Energy (BTU) is a part of the iShares Russell 3000 ETF (IWV). 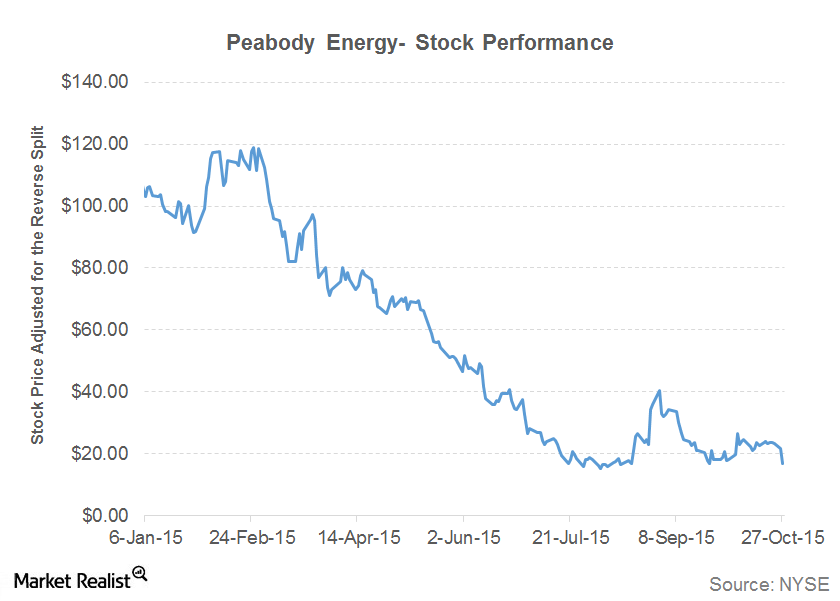 Most of Peabody Energy’s debt doesn’t mature until 2018 when $1.5 billion will mature. However, the company still needs to make interest payments on the debt. Thus, available liquidity takes an unprecedented importance for Peabody Energy’s survival.

Peabody Energy had $334.3 million in cash and cash equivalents as of September 30, 2015. The cash balances deteriorated in 3Q15 as the company continued to burn cash. The company has $188 million in mine lease payments to make in 4Q15, which may result in even lower available liquidity at the end of 2015. In addition to available cash, the company has access to $1.4 billion in available revolving credit.