Hershey’s challenges in the Chinese market

The Hershey Company (HSY) is a leader in the US confectionery market (XLP) (IYK) that is focusing on building its international presence. It acquired SGM (Shanghai Golden Monkey) with an intent to broaden its footprint in China.

But while it was expecting SGM to strengthen its supply chain in China, Hershey faced challenges early in 2015 in catering to the growing Chinese market due to the unstable distributor network in the region. As a result, Hershey narrowed its initial sales forecast of $200 million for this business, amending the 2015 sales estimate to ~$90 million. 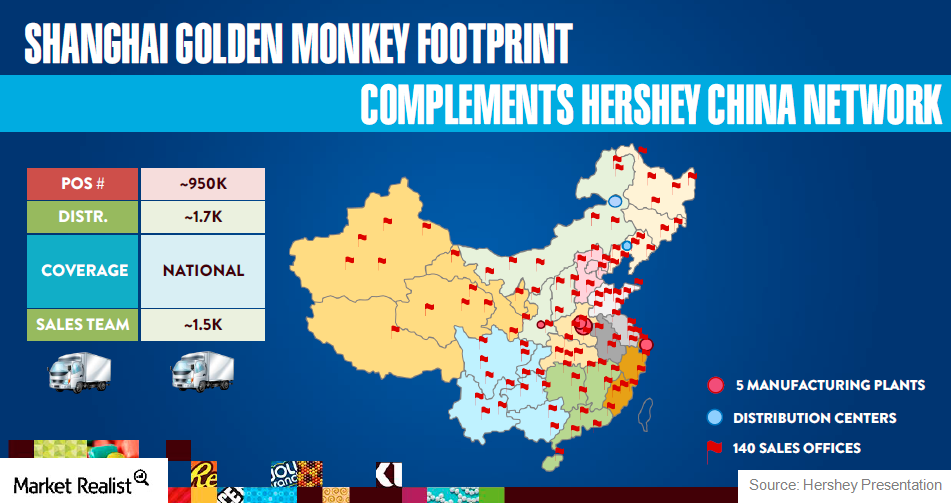 Despite setbacks, Hershey still believes it made a smart decision in acquiring SGM. In 4Q15, the company expects to complete the acquisition of SGM by acquiring the remaining 20% of the business. So in order to get the desired output from SGM acquisition, Hershey plans to expand its distribution system in China by increasing its city penetration and outlet coverage by 2.5x and 1.8x, respectively, by 2018.

Hershey is also working on cost structures and different integration strategies to put the SGM business on track. The company plans to do this by resizing a significant number of distributors and aligning them into a new business model. To make its products more accessible to the majority of the Chinese population, Hershey has also started distributing to smaller markets in China. Mondelez International (MDLZ) is likewise restructuring its China operations to motivate the growth.

In 2014, Hershey reported a net income margin of 3.7% for its international segment—down from 4.7% in 2013. But this margin directly reflects the segment’s results in China, and many confectionery companies, such as Nestle (NSRGY) are also facing the same challenges in China in 2015, due to the slowdown in its economy. And like Hershey, these companies see growth in fundamentals in the Chinese market.

Read the next part of this series for a discussion of Hershey’s rising margins.