The copper industry is facing a severe downtrend on the back of the Chinese market slowdown. 3Q15 was the worst quarter for copper in the last four years. According to Bloomberg, Daniel Briesemann, an analyst at Commerzbank, said, “It’s not just been a bad quarter for copper, it’s been a pretty bad year too.” 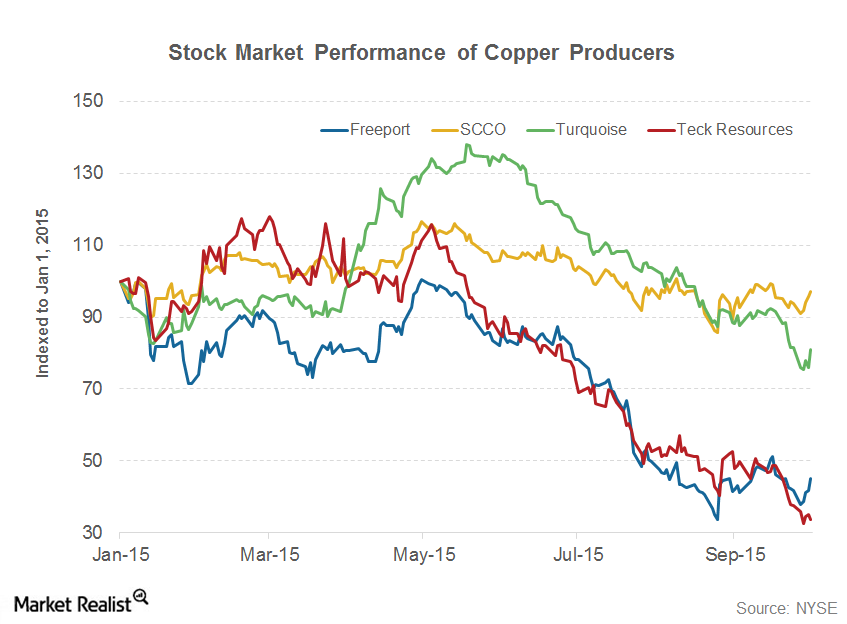 Turquoise Hill Resources (TRQ) has been a bit better-off, falling ~30% in the quarter. The company, which is majority-owned by Rio Tinto (RIO), operates the Oyu Tolgoi mine in Mongolia.

To get diversified exposure to the metals and mining sector, you can consider the SPDR S&P Metals and Mining ETF (XME). Investors looking at direct commodity exposure can also look at the PowerShares DB Commodity Tracking ETF (DBC).

Copper prices are perhaps the biggest driver of copper producers’ earnings. Copper prices themselves are dependent on several macro factors. Also, as has been the case for the last decade or so, Chinese demand drives commodity prices. With enough signals that Chinese economic activity is losing stream, copper prices are testing their six-year lows.

The copper industry looks set for a bigger slowdown than many would have anticipated some six months ago. In this series, we’ll explore how Freeport-McMoRan could play out in October. We’ll also discuss recent developments in the copper industry.