Once synonymous with Latin America, Brazil used to be the first nation to come mind whenever discussing the economic state of the Latin American bloc. However, by September 2015, Brazil was a mess. 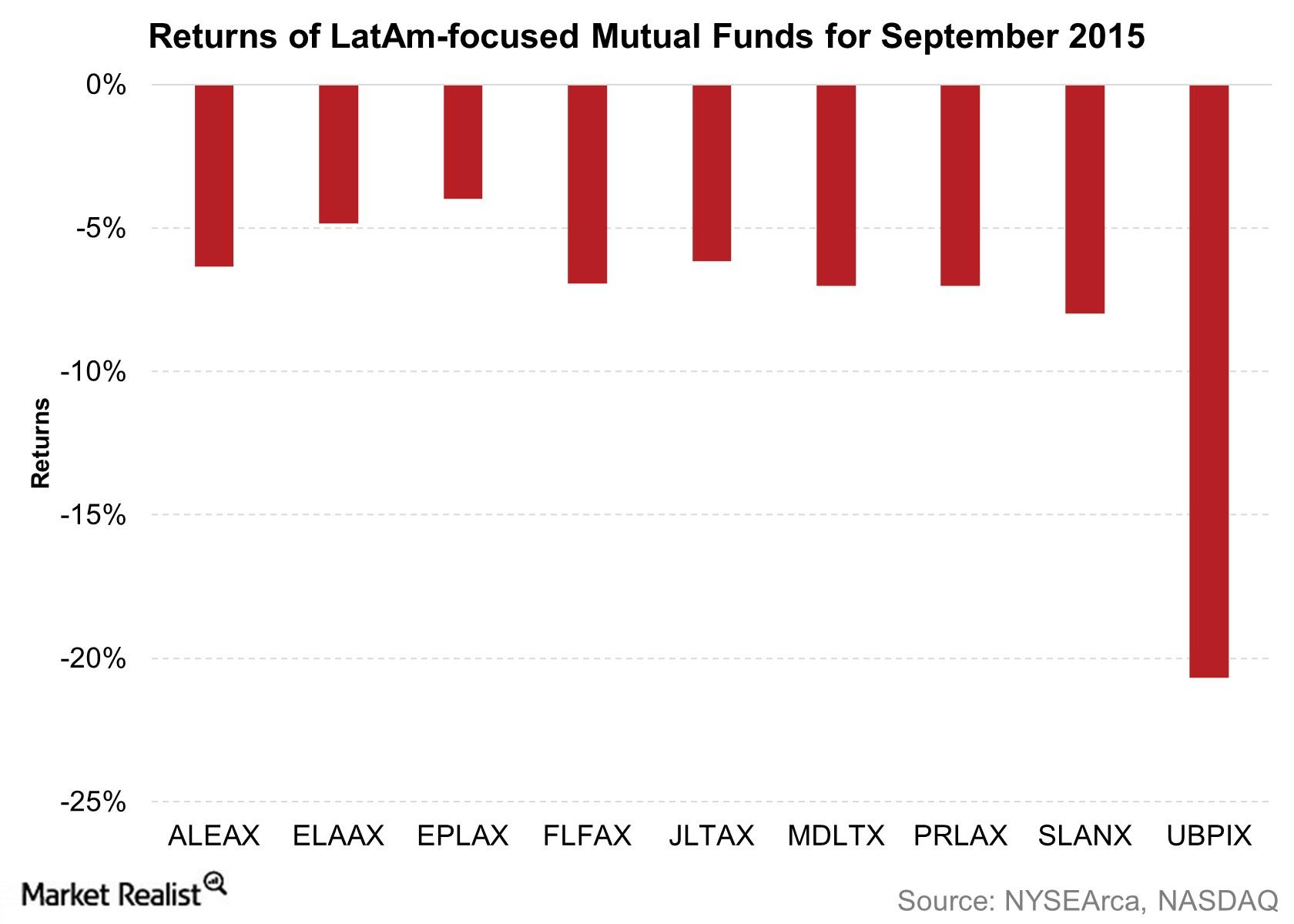 Economic contraction has taken hold of the nation. According to its quarterly inflation report issued in September, Brazil’s central bank expects the economy to contract by 2.7% in 2015. The Brazilian economy already contracted by 2.6% (in terms of market prices) in 2Q15 from the same period one year previously. But the central bank further projected that the 12-month inflation rate would rise to 9.5% by the end of 2015. As of September, consumer price inflation in Brazil stood at 9.5%.

Diving commodity prices have taken a toll on Brazilian exports as well in 2015, given that the nation is a large commodity exporter. And the economic slowdown in China, Brazil’s main trading partner, has exacerbated things.

Meanwhile, one the mainstays of Brazil’s corporate sector, Petrobras (PBR), became embroiled in a corruption scandal, and the bottom fell out for the Brazilian real. Unemployment rate has also surged, hitting 7.6% in August—up from 4.7% in October 2014. And to top it all off, Brazil’s government is considering impeachment proceedings against the country’s current President Dilma Rousseff.

Mexico on the rise

On the other hand, Mexico—the second-biggest economy of the Latin American bloc—is doing well. While a fall in energy prices, which impacted global oil companies like Royal Dutch Shell (RDS.B), BP (BP), and Exxon Mobil Corporation (XOM), has affected Mexican energy companies, Mexico’s economy is growing. In August, the country’s economy rose by 2.6% from the same month one year previously. The unemployment rate was at 4.7% as of August, and inflation remains under control at 2.5%.

As you can see from the graph above, Latin America-focused mutual funds (BDERX) (ALEAX) have had a forgettable September. But in this series, we’ll still evaluate how a select group of nine representative funds fared across several periods—and why—by breaking down the portfolio holdings of these funds. In the final part of the series, we’ll gather our findings and draw up a composite picture for those of you who are already invested or are thinking about investing in Latin America via the mutual fund route.

We’ll begin our analysis in the next part of this series with the Aberdeen Latin American Equity Fund (ALEAX).