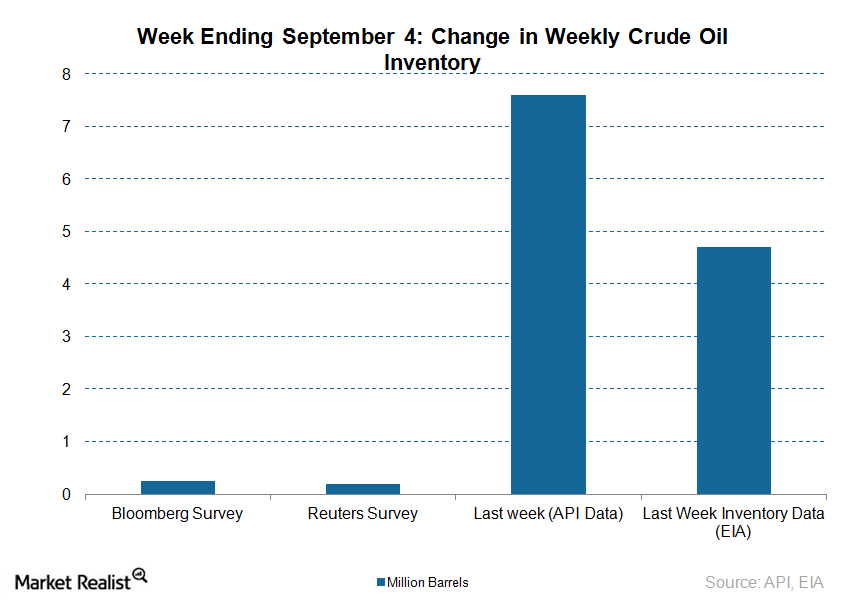 The rising crude oil inventory implies that supplies are rising or demand is slowing in the oversupplied market. As a result, it may negatively influence crude oil prices.

Along with crude oil inventory, distillate stocks also rose by 0.251 MMbbls for the week ending August 28, 2015. In contrast, the gasoline stockpile fell by 1 MMbbls during the same period. The API data release is followed by the EIA’s (U.S. Energy Information Administration) weekly petroleum status report. The EIA’s crude oil stockpile report is expected to release on September 10, 2015.

For the week ending August 28, 2015, the EIA data showed that crude oil stocks rose by 4.7 MMbbls to 455.4 MMbbls. The current crude oil inventory is 100 MMbbls more than the levels in 2014. It’s also near the period-high levels for stocks during this time of the year. The record inventory will also put pressure on crude oil prices along with the speculation of the rising crude oil inventory.