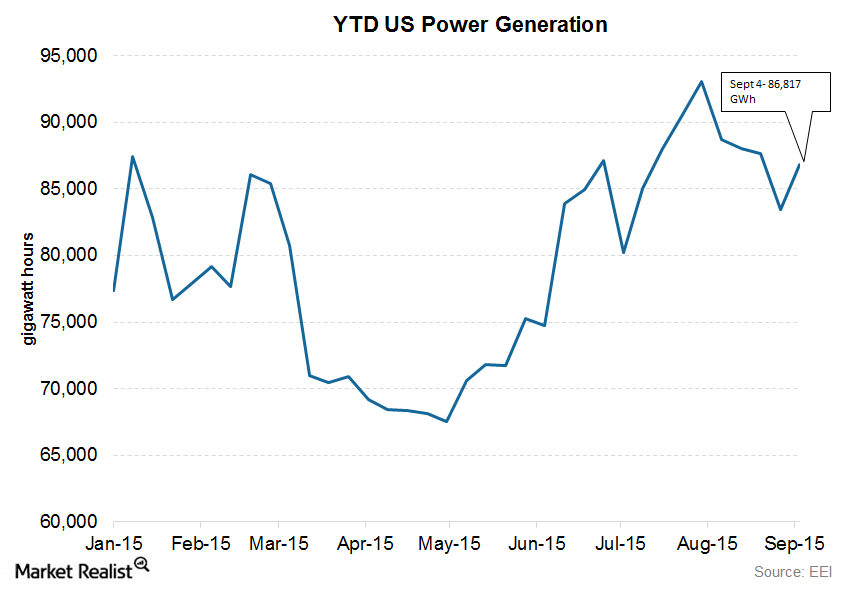 However, given that natural gas is a cleaner fuel and is abundant, it’s expected to take market share away from coal in the long term. This would be bullish for natural gas prices and natural gas producers such as Devon Energy (DVN), Southwestern Energy (SWN), Range Resources (RRC), and QEP Resources (QEP). These companies make up ~3% of the Vanguard Energy ETF (VDE).

According to the EIA (U.S. Energy Information Administration), a total of ~889 Bcf (billion cubic feet), or ~29.6 Bcf per day, of natural gas was consumed for the purpose of electrical power generation in June, the latest month for which data is available from the EIA. It’s interesting to note that of the ~1,927 Bcf delivered to end users in June, electricity generation accounted for the most at ~46%.