Previously in this series, we observed that Sprint Corporation’s (S) YoY (year-over-year) network performance improved in 1H15, based on the RootMetrics Mobile Network Performance in the US report for 1H15.

In this part of the series, we’ll look at Sprint’s churn rate in the postpaid segment, which decreased significantly in 1Q15. 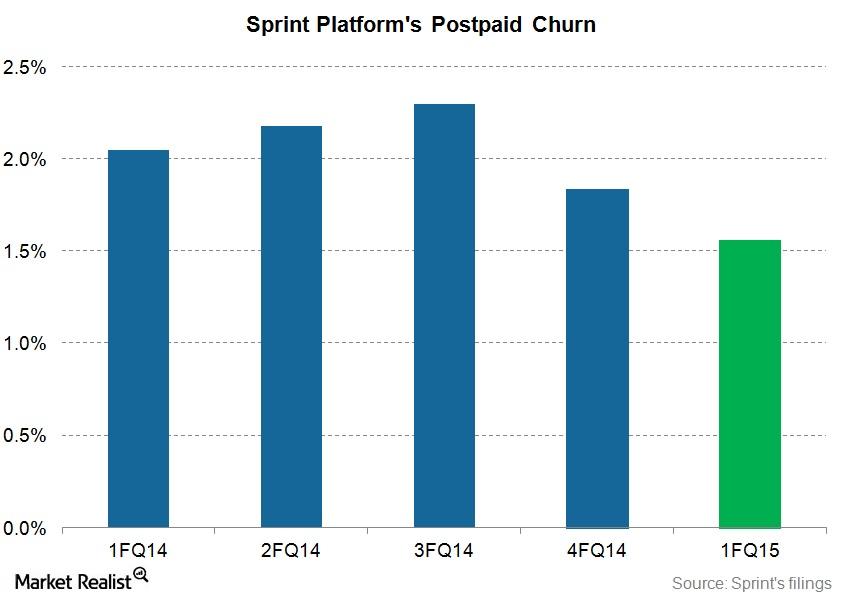 According to the company, better network performance was one of the key factors responsible for the improved churn rate during the June quarter.