Balance sheet strength is a key metric that investors in metals and mining companies (XME) should track. Companies in the mining space have to incur huge capital expenditures to invest in new plants and mines. Companies often borrow to meet their capex (capital expenditure) needs.

However, they also have to strike the right balance in their capital structure. Higher leverage can be a concern, especially under challenging times like we’re witnessing currently. 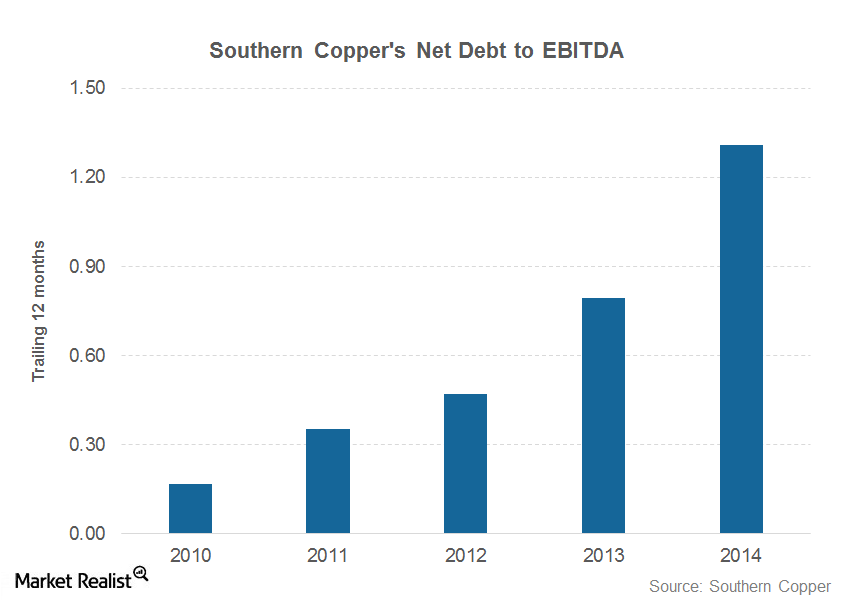 Southern Copper’s leverage ratios are much more comfortable than other copper producers. Some of its peers, including Freeport-McMoRan and Teck Resources, are grappling with huge debt piles. Freeport-McMoRan’s debt levels surged in 2012 when it made a foray into the energy business.

So far, Southern Copper hasn’t ventured into unrelated businesses. We’ll discuss more about Southern Copper’s business strategy in the next part of this series.