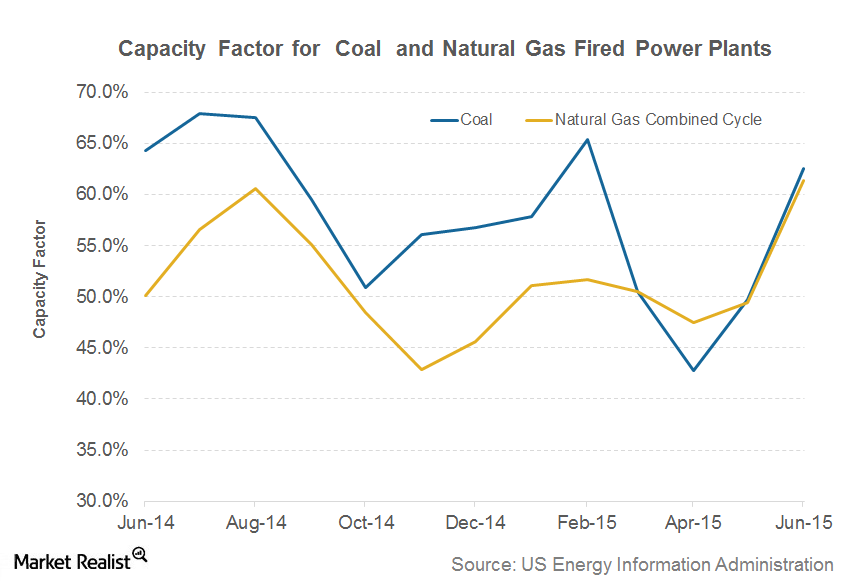 What does the Clean Power Plan say?

The CPP’s (Clean Power Plans) second building block suggests substituting the loss of generation from the retirement of highly polluting coal-fired power plants with higher generation from “existing” low-emission natural-gas-fired power plants. The word “existing” has special significance here because the plan doesn’t push building “new” natural gas-fired capacities, as expected earlier. So, the potential role of natural gas in the US fuel mix has been curtailed by the EPA (U.S. Environmental Protection Agency) in the final draft of the CPP released on August 3, 2015. Instead of being the “fuel for the future,” naturals gas’ role is limited now to a “bridge fuel.” We’ll discuss the long-term plans more throughout this series.

In the short term, natural gas-fired power plants will see capacity factors rising due to higher utilization to bridge the gap created by the retirement of coal-fired power plants. This should benefit natural gas heavy utilities (XLU) like NextEra Energy (NEE) and Dominion Resources (D). It should also benefit natural gas utilities like AGL Resources (GAS). Recently, Southern Company (SO) agreed to acquire AGL Resources for $8 billion in cash to have access to a reliable natural gas supply source and to increase its customer base. What will happen in the long term? The answer lies in the third building block. We’ll discuss this in the next part of the series.