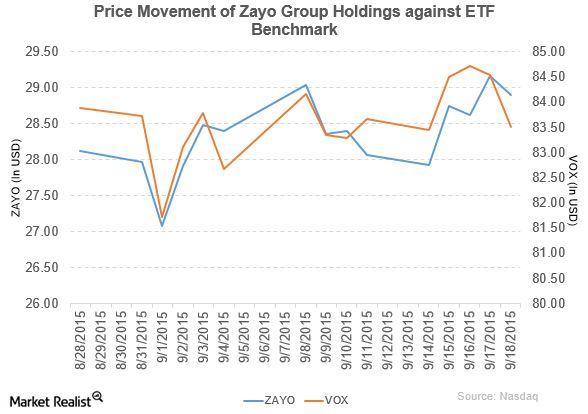 Zayo Group’s competitors and their market caps are:

In 4Q15, the company announced an extension of the long haul dark fiber route from Phoenix to Dallas and Atlanta to Washington DC.

On April 16, 2015, zColo, the co-location business of international Bandwidth Infrastructure provider Zayo Group Holdings, announced that it has opened a new data center in Denver. On May 14, 2015, Zayo Group selected Hibernia Networks, to provide a 100G augmentation through Hibernia Express to Zayo’s transatlantic network.