PDC Energy’s (PDCE) net debt to EBITDA (earnings before interest, tax, depreciation, and amortization) has been volatile. It had generally been falling until it increased very sharply in 4Q14. Since then, it has once again been falling. During 2Q15, PDCE’s net debt to EBITDA multiple was ~5x, which is 11% lower than the previous quarter. 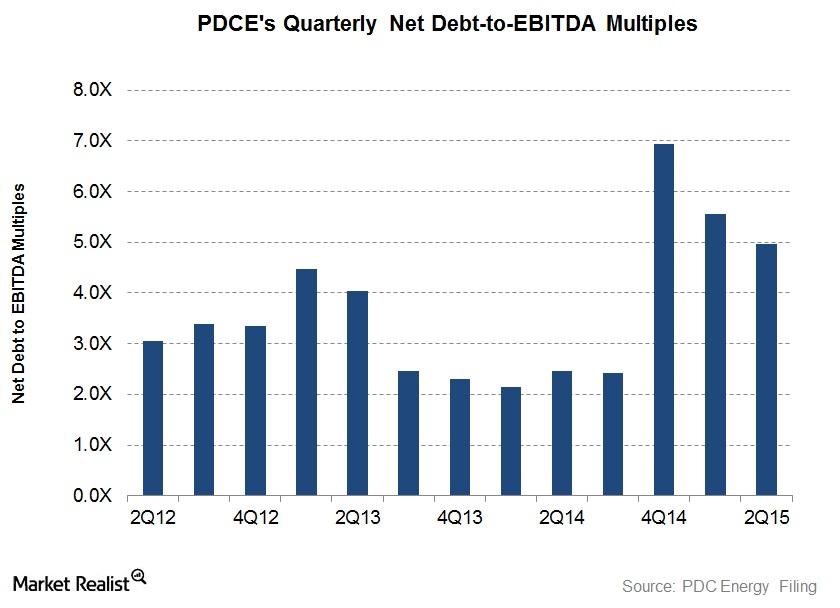 Net debt to EBITDA reflects how easily a company can repay its debts from its operational earnings and available cash. PDC Energy’s peer Energen’s (EGN) net debt to EBITDA’s was ~1.3x at the end of 2Q15.

Debt for PDC Energy and its peers

In addition, a $500 million senior note is due for redemption in October 2022. The company also had $268 million revolving credit facility outstanding as of June 30.