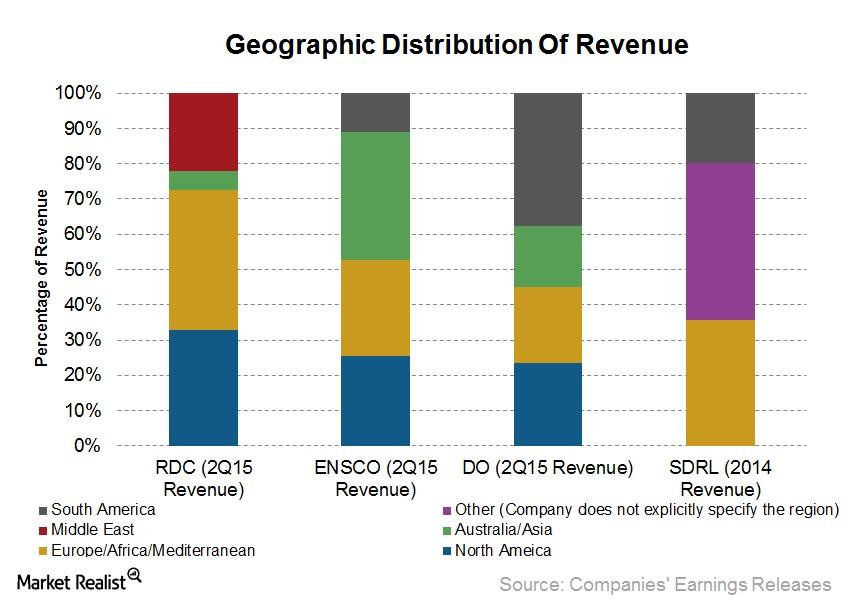 Seadrill (SDRL) operates its rigs in South America, North America, Russia, Africa, the Middle East, and Asia. However, the company does not report its quarterly geographic revenue breakdown, so we have taken the yearly breakdown for Seadrill.

Which region is performing better?

With low oil price levels, all offshore regions have experienced lower utilization rates and day rates. Of the many affected regions, the Gulf of Mexico is one of the most challenged and hardest hit. All the above-mentioned companies—especially Ensco (ESV)—have significant exposure to this area. Comparatively, the Middle East, where only Rowan Companies (RDC) has exposure, is less negatively affected.

Brazil is one of very few regions that continues to have strong demand for offshore drilling. It has experienced a robust utilization rate that has increased over the last month. Diamond Offshore (DO) has a higher exposure to this region, which may prove to be advantageous in the current scenario.