Demand factors are likely to boost performance for Nike’s (NKE) Greater China segment. Sport and athletic activities, particularly running and training, are booming. So is the region’s enthusiasm for basketball, which should benefit sales for the company’s basketball and running footwear as well as for apparel, but particularly its signature basketball lines. 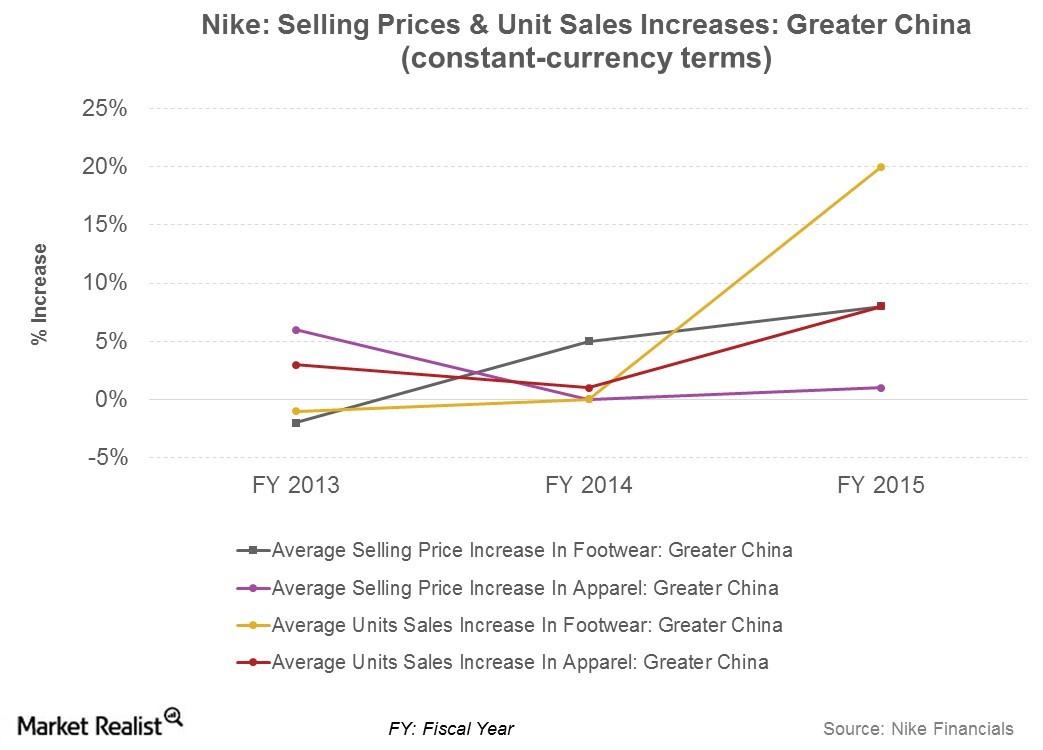 In fiscal 2015, Nike’s reset strategy in China appears to have worked, with older inventory posing less of a headwind. The refurbishment of wholesale doors and the 52% growth in direct-to-consumer sales have also boosted sales performance.

Unlike many of the segments discussed in earlier in this series, part of the sales upside is unlikely to be nullified by the higher US dollar. And while the yuan was devalued late last quarter, the degree of the fall is much lower compared to other world currencies, and it came much later in the quarter. That said, China’s recent stock market crash—not to mention its lowered growth rate projections for the economy overall—may pose a risk to Nike’s future performance in Greater China.

Competitors revving up in China

In comparison, peers Under Armour (UA), Lululemon Athletica (LULU), and Skechers (SKX) have much lower exposure to international markets. UA and LULU have stepped up expansion plans in China and Hong Kong lately. According to Laurent Potdevin, Lululemon’s CEO, the company will have two new stores in Hong Kong by the end of the year, and it expects the first Hong Kong store to be the most productive in its global store base.

Under Armour has remained bullish on its prospects in China as well. The company is looking to open most of its new stores in China this year, though these are likely to be through partnerships with local distributors.

NKE, UA, LULU, and SKX together constitute 4.7% of the portfolio holdings in the First Trust Consumer Discretionary AlphaDEX(R) Fund (FXD).

In the next part of this series, we’ll look at the 1Q16 and fiscal 2016 prospects for Nike’s direct-to-consumer channel.