In the YTD (year-to-date) period, the fund was up by 3.8%, the second highest among its peers in this review. Let’s look at what has contributed to this performance by the fund. 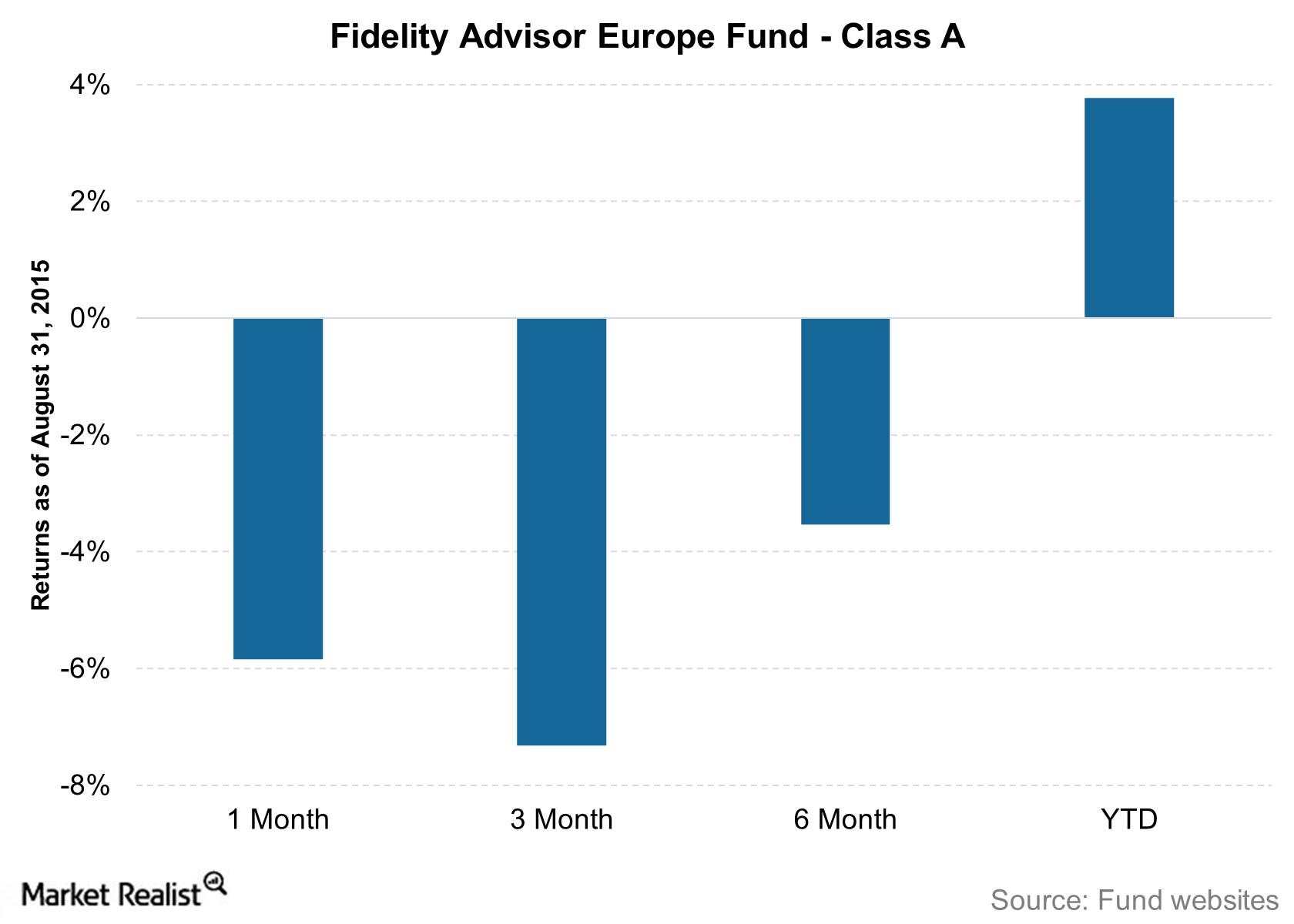 FHJUX’s July 2015 portfolio was focused on the financials, industrials, and healthcare sectors, with exposures of 25.3%, 22.7%, and 21.5%, respectively. The consumer discretionary sector followed these three core sectors, with an exposure of 15.6%.

Among its peers in this review, the fund finds itself in the middle of the pack as far as one- and three-month performance is concerned. It has fared better in the six-month and YTD periods.

Its recent performance has been hurt by the fact that all three of its major sectors have been the biggest negative contributors to overall returns. Financials provided the biggest downside of the portfolio and since they were the single-largest sectoral component of the fund, the sector’s underperformance hurt the overall returns of the fund. Standard Chartered PLC led financials down, and its fall hit the fund harder as it was the sector’s biggest holding. ING Groep N.V. (ING) was the second-biggest negative contributor to returns among financials.

Finnish companies Cargotec Oyj and Valmet Corporation led decliners among industrials stocks. However, Denmark’s DSV A/S and France’s Zodiac Aerospace, which are among large holdings in the industrials sector, contributed positively to returns, reducing the fall in returns from the sector.

The consumer discretionary sector, exposure to which is much lower than the industrials sector, contributed nearly as much negatively to returns as did the industrials sector. This was so because William Hill plc—the largest sectoral holding—pulled the performance of the entire sector down. Christian Dior SE (CHDRY) was the second-biggest negative contributor to returns from the sector.

In the next article, we will look at the Ivy European Opportunities Fund: Class A (IEOAX).