Nike (NKE) derived about $1 billion in web sales in fiscal 2015. This represented about 3.9% of the total turnover. Nike is one of the most digital savvy brands in the world. Its SNKRS app and customization options available on NIKEiD are strong drivers for sales. 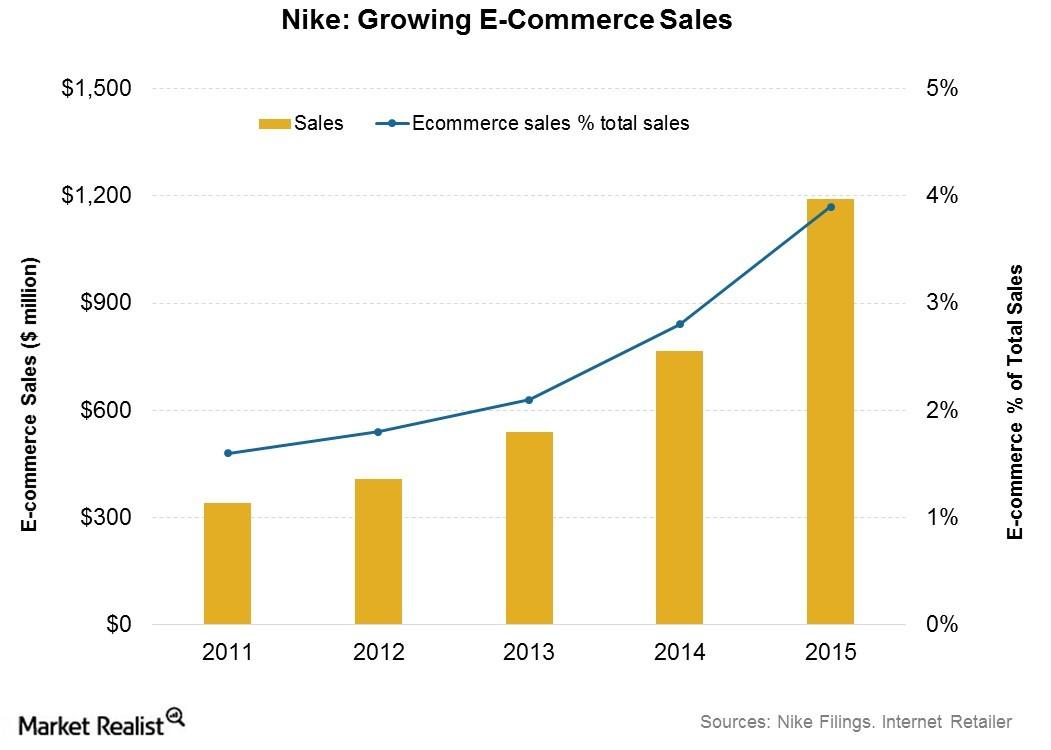 Nike’s fitness apps—including the Nike + Run Club, Nike + Fuel, and Nike + Training Club—build a potential pool of current and future customers. These have users numbering in the millions, and they’re growing at a double-digit pace.

The Nike + Run Club also helps in building local fitness communities, with a Nike store often being used as a meeting hub. The Nike Training Club often profiles trainers and techniques on its website, a strong motivator for athletes.

Last month, Adidas AG (ADDYY) announced the acquisition of fitness app maker Runtastic, for 220 million euros. Austria-based Runtastic has a portfolio of over 20 apps. At the time its acquisition by Adidas, the company reported 140 million downloads and a user base of 70 million.

While Nike and Adidas may have had the early bird advantage in the segment, Under Armour’s (UA) looking at its inorganic growth to spring ahead. Earlier this year, Under Armour announced two connected fitness purchases, Endomondo and MyFitnessPal, for $85 million and $475 million, respectively. These made the UA digital platform the largest connected fitness community in the world.

Fitness apps help athletes monitor fitness and activity levels, as well as their nutrition. They also help build a connected community of users, which aren’t limited by geography. Under Armour Record has initiatives such as #TrainWithAndy, which operates like a live training blog with tennis star and Under Armour-sponsored athlete, Andy Murray, describing his workouts and giving feedback.

Nike and Under Armour together constitute ~4.2% of the portfolio holdings of the Consumer Discretionary Select Sector SPDR Fund (XLY) and ~0.5% in the holdings of the SPDR S&P 500 ETF (SPY). NKE is among the top ten holdings in XLY, with a ~3.4% weight.

What’s most important for sports gear companies is that these apps tend to increase their sales of sports apparel and footwear. The apps also provide companies with data on the user’s athletic performance, which is an invaluable data source for developing new products.

Recently, Target (TGT) announced it was providing free Fitbit (FIT) devices to all its US employees, over 300,000 in number. Fitness trackers like Fitbit are app-agnostic and have become very popular as they can host a number of fitness apps.

In the next and final part of this series, we’ll examine whether Nike will expand its profitability in 1Q16.