The company reported adjusted EBITDA of $127.1 million in 1H15 compared to $92.5 million in 1H14. The performance of the PRB segment, especially in 1Q15, was the key driver behind higher EBITDA in 1H15. 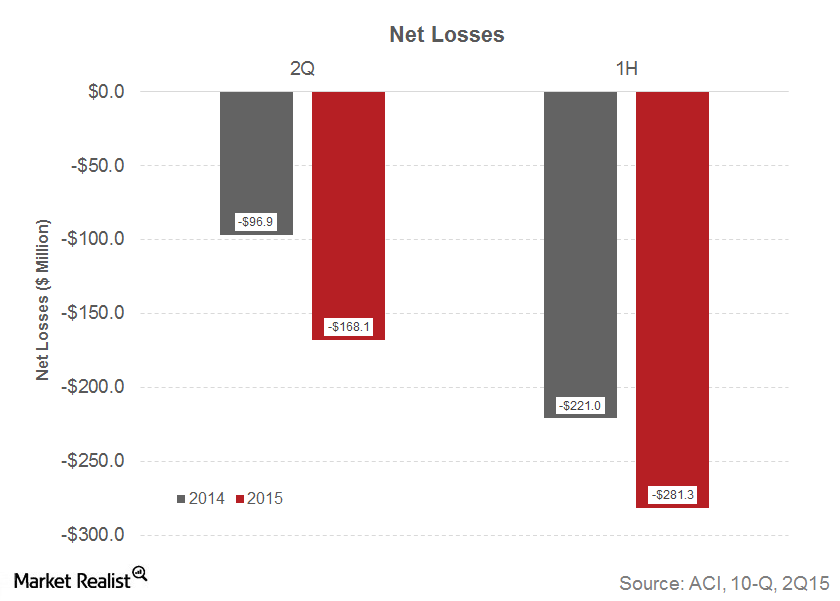 ACI’s net losses came in at $168.1 million, or $0.79 per share, in 2Q15 compared to $96.9, or $0.46 per share, in 2Q14. Apart from lower adjusted EBITDA, higher impairment charges, expenses related to debt restructuring, and a lower income tax benefit contributed to the wider net losses.

Coal producers (KOL) including ACI and Peabody Energy (BTU) have reported millions of dollars of asset impairment charges over the last few quarters. Assets’ market values dropped below their book or carrying values amid a weak coal market. Cloud Peak Energy (CLD) and Consol Energy (CNX) refrained from expensive acquisitions of other coal producers in 2011, saving them from such large non-cash expenses.