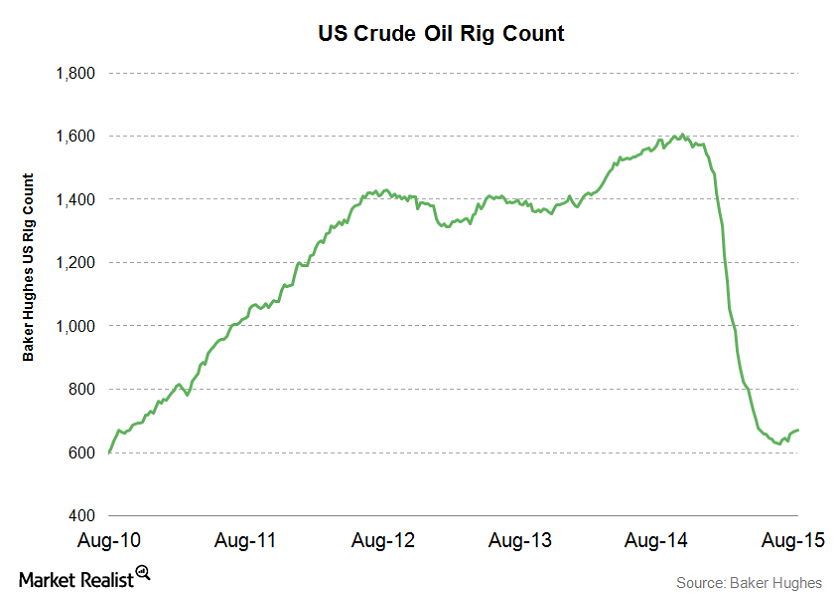 US crude oil prices lost more than 60% from the peak of $107 per barrel in the mid-week of June 2014. Prices fell due to oversupply concerns. As a result, oil producers started slowing their drilling activity. The current crude oil rig counts are 57.70% lower than the levels in 2014. This negatively impacted oil drillers like Schlumberger (SLB), Superior (SPN), and Halliburton (HAL).

Lately, crude oil prices have fallen almost 30% since the peak of $62 per barrel in May 2015. However, over the last four weeks, the US crude oil rig counts have risen. The EIA’s (U.S. Energy Information Administration) monthly drilling report also suggests that the crude oil rig count will rise in September 2015.

It also indicates that the productivity per crude oil well is falling or crude oil production will rise more in the near future. In both situations, crude oil prices are going to experience pressure.