Walmart (WMT) generated free cash flow (or FCF) of $2.8 billion in 2Q16, down from $3 billion generated in the comparable quarter of the previous year. As we saw in the previous article, Walmart’s profits were negatively impacted by the higher US dollar, higher inventory shrinkage, and lower margins from its pharmacy business. 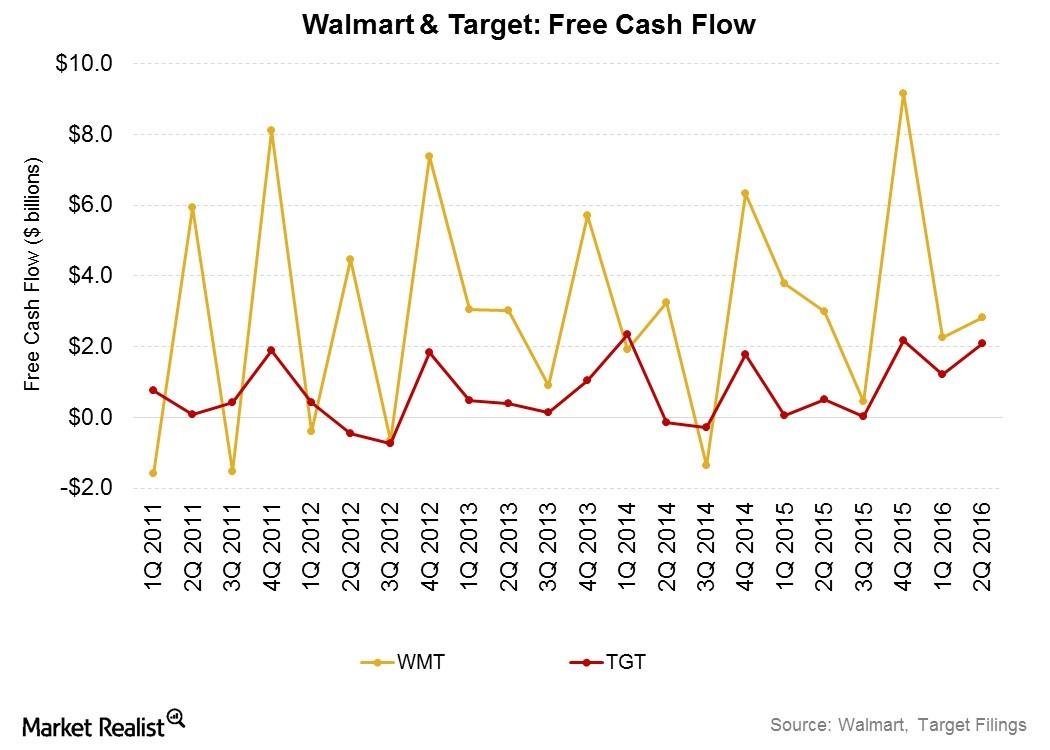 Walmart had $2.6 billion in 2Q16 capital expenditures due to ongoing digital investments and plans to expand its store footprint. The company increased its net store count by 43 in the quarter, which included 28 smaller format stores. Walmart converted five discount center stores to the supercenter format, continuing its strategy to convert discount stores to supercenters. Walmart also added six new supercenters in the quarter.

The company has dialed down its growth plans for the smaller neighborhood market format stores. According to Greg Foran, president and CEO (chief executive officer) of Walmart U.S., the company is projecting to open 160–170 new stores in fiscal 2016, down from the 180–200 projected earlier. This should lower Walmart’s capex (capital expenditure) requirement for the remainder of the current year. It may also affect sales projections in the coming fiscal year. After Walmart’s e-commerce business, smaller format stores are Walmart’s fastest-growing area.

Target paid out $0.3 billion by way of dividends in 2Q16, an increase of 22% over the previous year. The company is a dividend aristocrat with 1.2% of the holdings of the SPDR S&P Dividend ETF (SDY) invested in it.

In the next two articles, we’ll continue the discussion on the differential growth opportunities open to mass merchandisers and how the market is pricing them.