After exhibiting stellar cost performance in 1Q15, backed by lower diesel prices and lower repair and maintenance costs, Cloud Peak Energy (CLD) reported a considerable uptick in its cost per ton in 2Q15. The cost per ton came in at $10.75 in 2Q15 compared to 2Q14’s $10.48 and 1Q15’s $10.02. Substantially lower coal (KOL) shipments were the key reason for the spike, as fixed costs were divided among fewer tons. 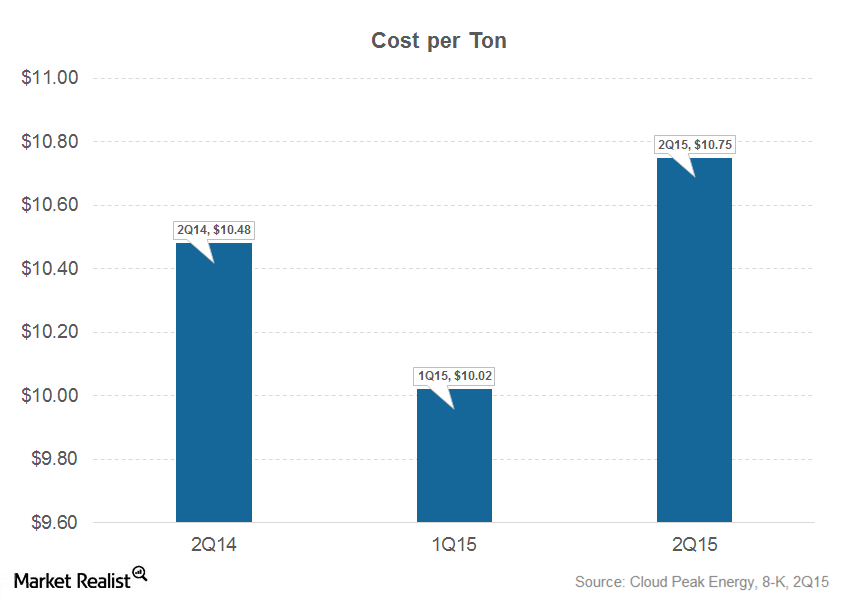 Another major PRB-based producer, Alpha Natural Resources (ANRZ), has yet to publish its 2Q15 earnings. ANRZ filed for bankruptcy on Monday, August 3, 2015, as we anticipated.