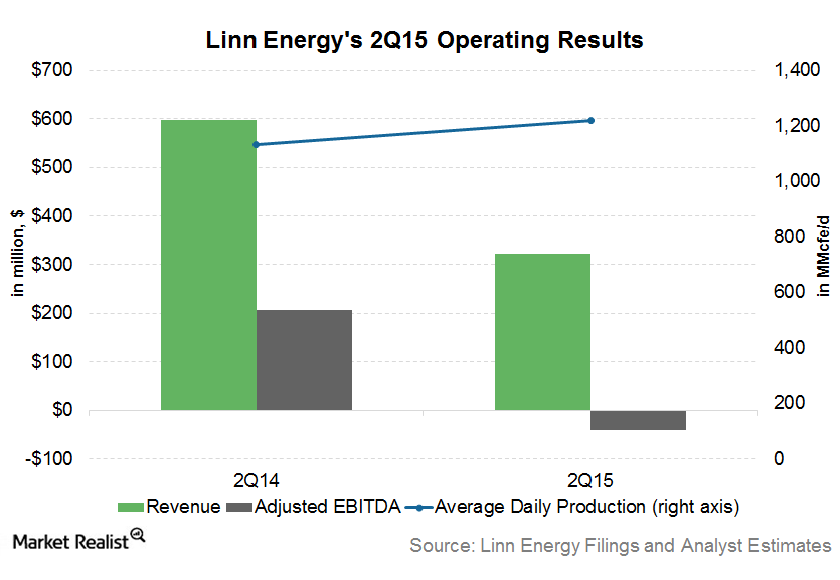 Hedging activity is another driver that plays a crucial role in stabilizing revenues for upstream companies during periods of volatile commodity prices. Linn Energy lost $191.2 million on oil and gas derivatives in 2Q15. In 2Q14, the company lost $408.8 million on those derivatives.