Positive news from the housing sector

Housing starts and building permits figures for July, released by the United States Census Bureau, were highly anticipated by investors in the US real estate sector, along with investors in the country’s overall economic performance.

The SPDR Dow Jones Industrial Average ETF (DIA) and the Vanguard S&P 500 ETF (VOO) are some of the popular ETFs that track overall economic performance in the United States. The iShares U.S. Real Estate (IYR) specifically tracks the US real estate sector, while the iShares U.S. Home Construction ETF (ITB) tracks US homebuilders. 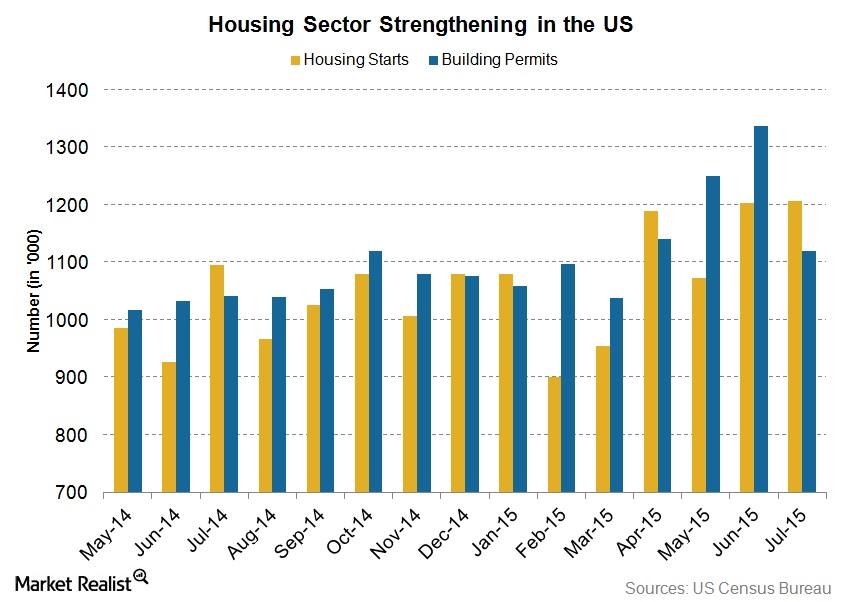 IYR gained 0.75% at the close of trade on August 17 as investors anticipated a positive housing report to come out on August 18. Housing start figures released by the United States Census Bureau beat estimates. This year, IYR has declined by 0.42% due to severe winter weather restricting new construction during the early months.

US housing sector is strengthening

Housing starts in the US recorded good growth in July, following record-setting growth in April. Housing starts record the number of new building constructions started and intended primarily for residential buildings. They came in at a 1.206 million rate in July—compared to the revised 1.204 million recorded in June. July’s reading far exceeded median expectations of 1.180 million in starts.

Stocks of companies in the real estate sector reacted positively to the increase in the housing starts figure. ITB was up 1.6% on August 17’s close, while homebuilding companies D.R. Horton. (DHI), Lennar (LEN), and Toll Brothers (TOL) gained 1.86%, 2.66%, and 2.28%, respectively, at the close of trade on August 17.

The housing market index that came out on Monday, August 17, also confirmed the improving state of the housing sector in the United States, as we’ll discuss in the next part of this series.