Despite a very favorable 2Q15, FirstSolar (FSLR) reported $13.0 million in operating losses in 1H15 compared to an operating profit of $141.2 million in 1H14. Lower gross profit coupled with higher operating expenses (primarily in 1Q15) resulted in the operating loss in 1H15. 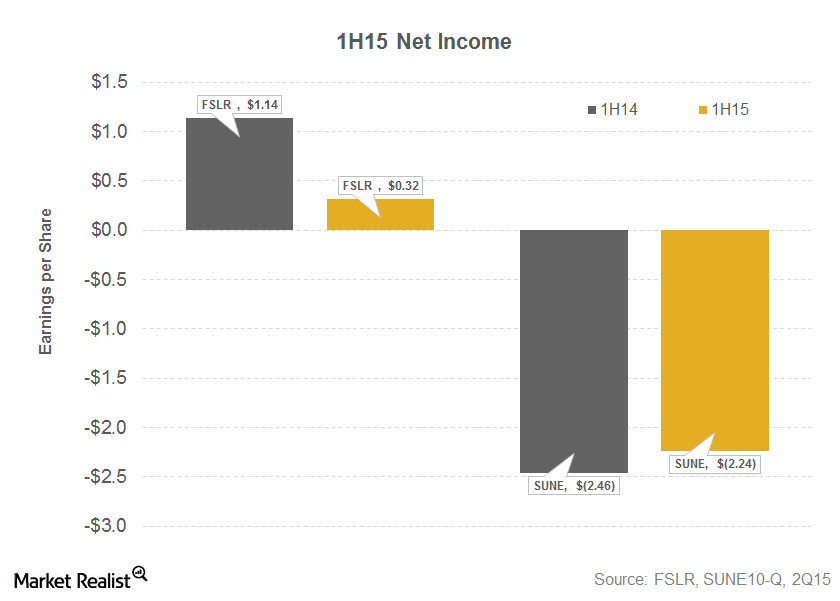 The company’s operating and investing cash flows in 1H15 remained in the red and were funded primarily by debt financing. In 1H15, SUNE, TerraForm Power (TERP), and TerraForm Global (GLBL) spent $2.2 billion on acquisitions, including the acquisition of First Wind, Atlantic Power, and Chinese wind projects.