In this article, we’ll discuss the 2Q14 performance of EOG Resources (EOG) from both product and geographical standpoints. In 2Q15, EOG’s three primary products—crude oil and condensate, natural gas, and NGL (natural gas liquids)—registered revenue declines compared to the past year’s corresponding quarter. NGLs posted the steepest decline, by 58%, followed by natural gas (44%) and crude oil and condensate (45%). 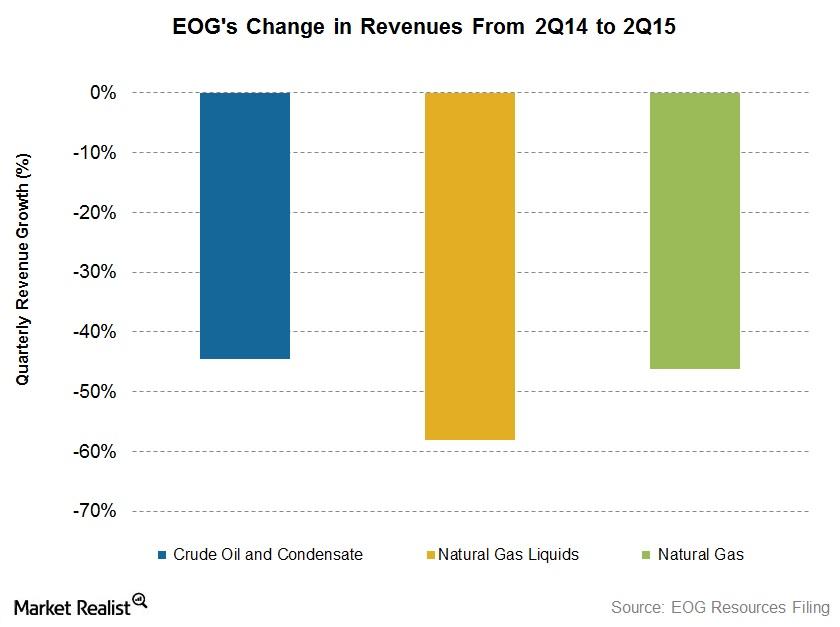 The Unites States averaged ~93% of EOG’s operating income in the past ten quarters. In 2Q15, the United States posted $20.2 million in operating income, a 98% fall over 2Q14. Among EOG’s other international assets, Trinidad posted a $46 million operating profit in 2Q15, down 38% from 2Q14.

In 2Q15, however, EOG has continued to improve cost efficiency by reducing its primary cost heads, including lease and well costs, measured on a per-barrel-of-oil-equivalent basis. But the severe decline in realized prices and production volume reduced the overall operating income drastically in 2Q15. We’ll discuss these declines in more detail in the next article in this series.

In 2Q15, falling crude oil prices have led to sharp declines in many of the upstream companies’ net US incomes, including Whiting Petroleum Corporation (WLL), EQT Corporation (EQT), and Concho Resources (CXO). EOG accounts for 3.65% of the Energy Select Sector SPDR ETF (XLE) as well as 2.8% of the iShares US Energy (IYE). 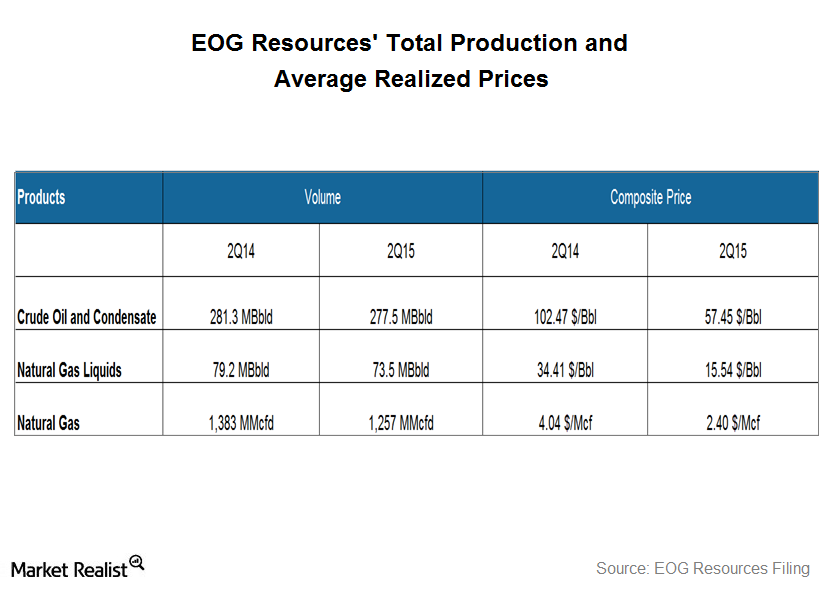 As the table above shows, natural gas and NGL production volume decreased by 7.2% and 9.1%, respectively, in 2Q15 from 2Q14. Crude oil and condensate production remained relatively steady, falling by a marginal 1.4% during the same period. In 2Q15, EOG’s production portfolio features:

For further discussion of EOG’s year-to-date performance, please see the next article in this series.