In this series, we’ve been discussing BP’s (BP) operating performance following its latest financial release on July 28. In this article, we’ll compare BP’s 2Q15 and 2Q14 upstream performance through revenue split and operating income by segment. 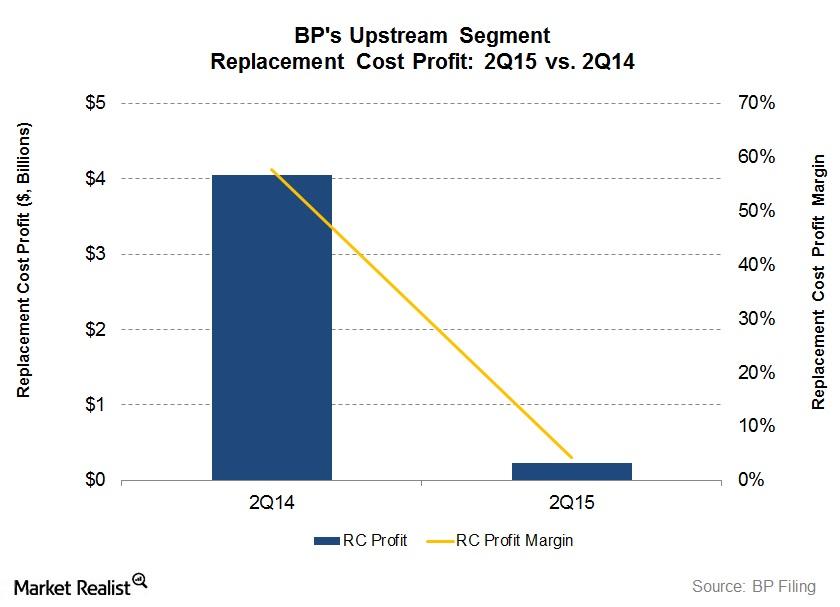 From 2Q14 to 2Q15, BP’s upstream segment revenues from third parties declined 22.3%. This was due to a decline in both its US and non-US operations during this period. 2Q15 US and non-US upstream revenues declined 39% and 36%, respectively, compared to 2Q14.

BP’s upstream segment’s 2Q15 replacement cost (or RC) profit was $0.23 billion (pre-tax), down nearly 94%, compared with $4.04 billion in 2Q14. The earnings fall was led by lower oil and gas prices. In 2Q15, BP recorded $600 million in exploration write-offs and other costs related to its activities in Libya, following the continued political developments there. RC profit is a measure of BP’s operating income.

Next in this series, we’ll discuss BP’s 2Q15 downstream business drivers in depth.