In this part, we’ll look at Century Aluminum’s 2Q15 financial results in detail. 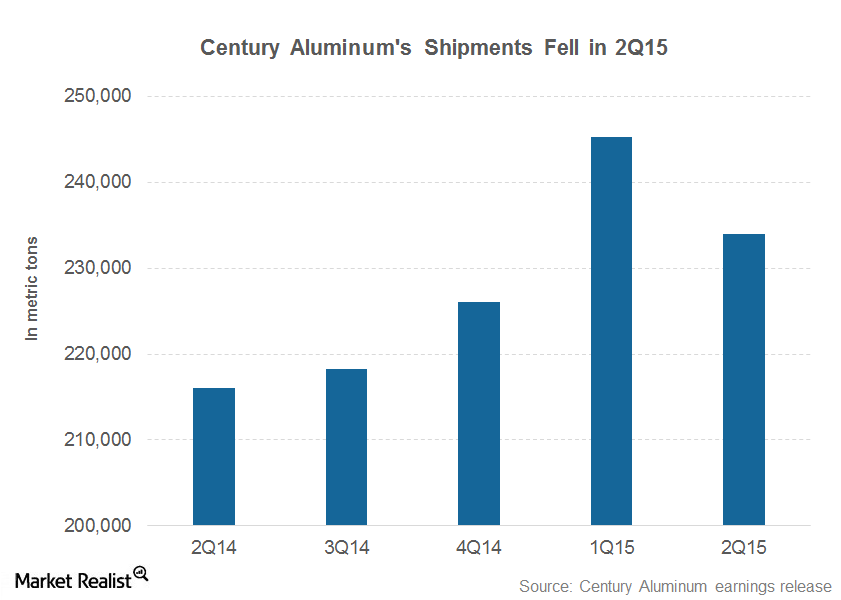 However, Century Aluminum’s shipments have increased in 2Q15 compared to the similar quarter last year. The increase is largely due to its acquisition of the Mt. Holly smelter from Alcoa in 4Q14 (AA).

Why have shipments fallen?

Along with lower aluminum prices, several other factors dented Century Aluminum’s 2Q15 profits. We’ll discuss these in the next part of this series.