After having retreated sharply in May, the demand for American Eagle gold and silver coins was firmly higher in June. 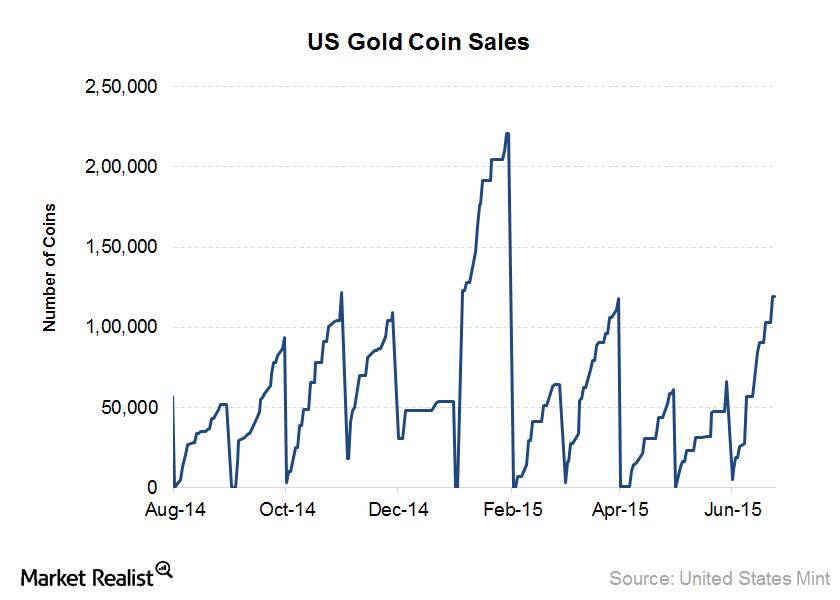 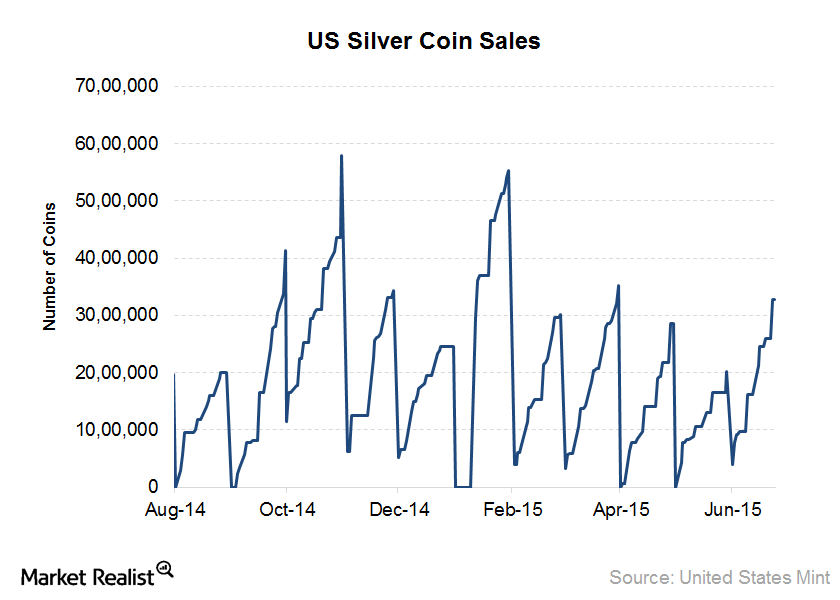 Strong physical-bullion buying boosts the price of precious metals. Coin-buyers are usually the most optimistic. After gold prices fell by 28% in 2013, physical-gold buying came to the rescue. US Mint sales increased by 14% in 2013.

The above graphs show spikes in January 2015, indicating how much physical-gold buying went on in the wake of economic and political uncertainty in the Eurozone and the removal of the currency cap by the Swiss National Bank.

In the next part of this series, we’ll look at gold buying and selling trends among central banks.