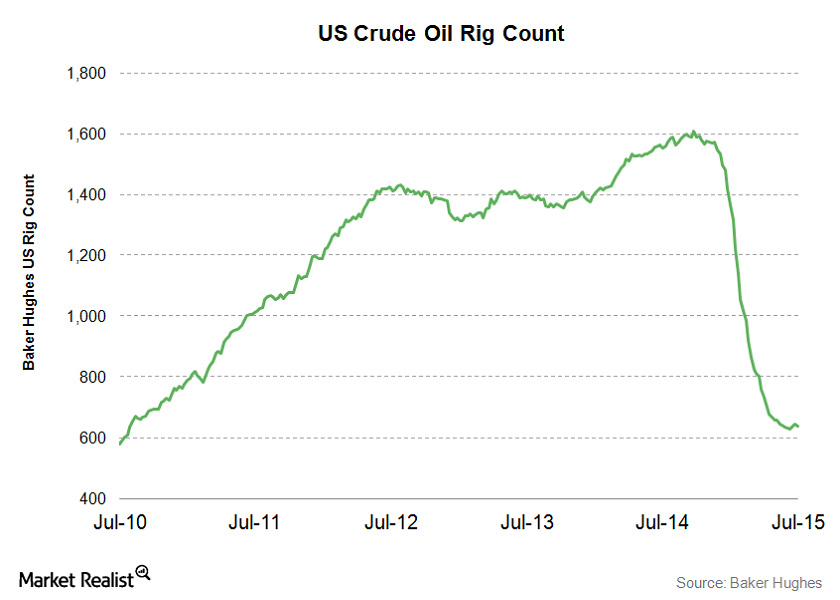 US WTI (West Texas Intermediate) crude oil prices fell more than 17% from the peak in May 2015. WTI oil peaked at $62 per barrel in May 2015. It settled at $50.89 per barrel as of July 17, 2015. Massive production from Saudi Arabia, the US, and Russia led to the fall in crude oil prices. Crude oil prices are on a long-term and short-term downward trend. This is dragging oil prices lower. This led to a fall in drilling activity. In the US, oil drilling activity fell by a massive 60% from the peak of 1,609 in October 2014 and bottomed at 628 in June 2015 due to lower oil prices.

The speculation of rising supplies from Iran and the strong dollar will continue to put downward pressure on crude oil prices. This will negatively impact oilfield companies like Flotek (FTK), Baker Hughes, and Halliburton (HAL). In contrast, the long-term lower WTI prices have led to improvements in drilling methods and a fall in drilling contract prices. This trend could motivate oil producers to drill more in order to offset lower crude oil prices.