For the second quarter of 2015, analysts are expecting Cheniere Energy Partners’ (CQP) revenues to come in at $68.1 million.

Between 1Q13 and 1Q15, CQP’s quarterly revenues have mostly been in line with—if not above—market expectations. 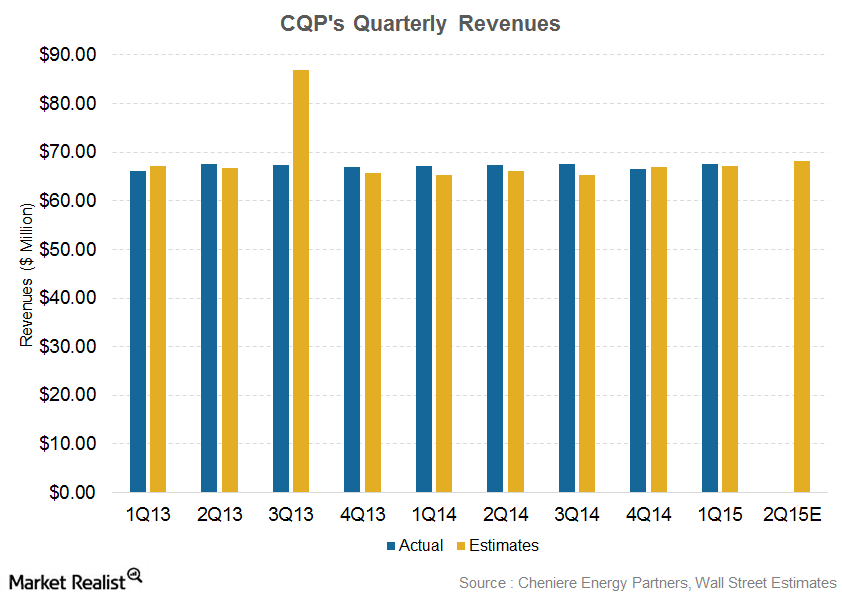 Plus, Chienere’s revenues are expected to take off early next year, following the start of CQP’s Train 1 later this year.

CQP’s parent company, Cheniere Energy (LNG), and CVX are components of the iShares U.S. Energy ETF (IYE). They make up 12% of the ETF.